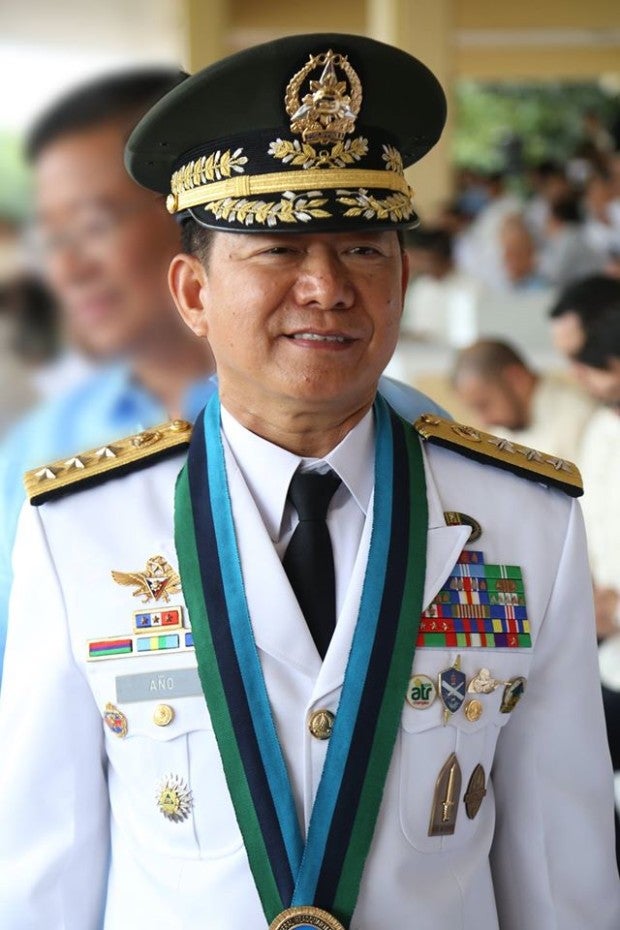 MANILA, Philippines— The Philippine military chief says troops have launched airstrikes and ground assaults against one of Southeast Asia’s most-wanted terror suspects who is trying to establish a new base for an alliance of armed groups backing the Islamic State group.

Ano said Friday that Hapilon, who is on the U.S. Department of Justice list of most-wanted terrorists, moved to Butig from his stronghold on southern Basilan island a month ago to look for a base for his new alliance of small extremist groups./rga

Año urges soldiers to volunteer in fight vs Abu Sayyaf

Read Next
Putin and Trump may speak by phone on Saturday—Kremlin
EDITORS' PICK
Get exciting deals and discounts when you download the new McDonald’s App
SM continues to send relief assistance to remote towns in Batangas
Palace: US Senate move also made Duterte junk VFA
Year of metal Rat: ‘Rooster’ Duterte warned of scandals
China expands lockdown against virus, fast-tracks hospital
‘A greener, cleaner tomorrow’: A how-to guide for Filipinos who want to help with today’s energy crisis
MOST READ
No time for revelry; Tagaytay instead plans for alert level 5
Palace: US Senate move also made Duterte junk VFA
Dina Bonnevie on Coney Reyes: We have forgiven each other
Countries with confirmed cases of coronavirus
Don't miss out on the latest news and information.