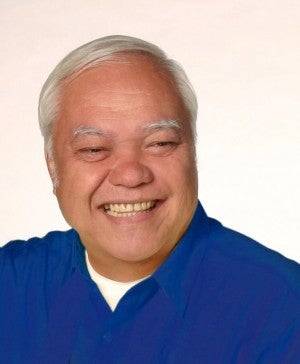 The case arose from the alleged concealment of Bayron’s relation with his son when the mayor entered into a contract of service for the latter’s engagement as Bantay Puerto project manager.

The July 1, 2013 contract of service with the younger Bayron specifically stated that he “is not related within the fourth degree of consanguinity/affinity with the Hiring Authority.”

Morales rejected the Bayrons’ defense that there was no obligation to disclose their relationship because Karl was not considered a public officer by virtue of his “primarily confidential position.”

The resolution stressed the Bayrons’ obligation to disclose the truth as required by the “public nature” of the contract.

“The untruthfulness of the statement is clear from Karl’s Birth Certificate showing that he is Lucilo’s son,” the resolution read.

Even if Karl’s hiring for a confidential position was exempted from the rule on nepotism, Morales stressed that disclosure was still necessary so authorities could determine if an appointment fell under the exception.

The Bayrons were also faulted for grave misconduct for violating the Civil Service Commission Memorandum Circular No. 26 and 26-A, series of 1997.

This rule prohibited the designation of those holding non-career positions as officers exercising supervision over regular and career personnel.

The resolution noted that Karl issued an office order detailing an administrative assistant to the City Traffic Management Office, even as he lacked the authority to do so under the CSC rule.

The concealment of the father-son relationship was also another act of grave misconduct as it violated the Administrative Code of 1987’s expectation for government employees to state the truth.

Bayron’s tenure as mayor of Puerto Princesa has been controversial. During his previous term, he narrowly weathered a May 2015 recall election mounted over alleged breach of trust, decline in tourist activities, and deteriorating peace and order.  SFM