Palace apologizes to Korea for kidnap-slay 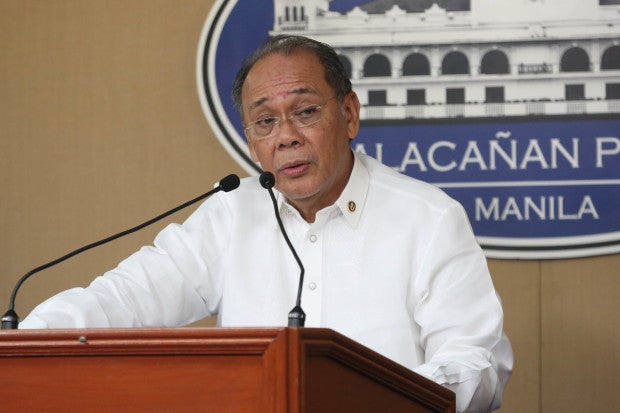 Malacañang on Tuesday apologized to South Korea for the murder of its national who was kidnapped in the guise of an illegal drug operation that showed the “depth of corruption” within the government and the police force.

“We wish to take this occasion to express the condolences and sympathies of President Duterte and the Filipino people to Mrs. Choi Kyung-jin, widow of Mr. Jee Ick-joo, the South Korean national who met untimely death while in police custody,” presidential spokesperson Ernesto Abella said in a press briefing.

“We apologize to the South Korean government and people for this irreparable loss,” he said. “To the Korean people, please accept our sincerest and deepest regrets.”

Abella said that the “full force of the law” would be applied to bring speedy justice for the killing of Jee, which he said was part of the corruption problem within the government, including the police force, that the President had vowed to address.

South Korea has demanded answers in the murder of Jee, who was strangled and cremated on the day he was kidnapped reportedly by rogue police officers. The kidnappers had also demanded ransom from his wife even after his death.

Jee, a former Hanjin executive, and his maid, Marisa Morquicho, were taken from his Pampanga home in October by unidentified men. The men later released Morquicho, who told authorities that the kidnappers had claimed that the South Korean was involved in illegal drugs.

Philippine National Police Director General Ronald dela Rosa said on Tuesday that at least two National Bureau of Investigation assets were involved in the abduction of Jee. He said one of the two, identified only as “Jerry,” turned out to be a driver of an NBI director, whom he did not identify.

Dela Rosa said the ongoing investigation would also check on the involvement of other police officials in the case.

He said there were groups, presumably policemen, who were checking on Sta. Isabel’s team or were acting as backup during Jee’s abduction that was made to appear as a legitimate operation.

The PNP Anti-Kidnapping Group (AKG) is also investigating Sta. Isabel’s finances, after it was reported that he owned a four-story building in Cubao, Quezon City, and money-remitting and ticketing outlets, and has insurance investments.

Sta. Isabel and SPO4 Roy Villegas were brought to the Angeles Regional Trial Court on Tuesday to face charges of kidnapping for ransom. The two were returned to Camp Crame later upon order of the court.

Dela Rosa also confirmed that seven more policemen had been relieved and placed under restricted custody while undergoing an administrative investigation over the false arrest of three Korean tourists last year, also in Angeles. Their station commander had also been relieved.

Who is ‘Sir Dumlao’

Justice Secretary Vitaliano Aguirre II told reporters on Tuesday that he had asked authorities to identify Jerry and one identified as “Sir Dumlao,” supposedly a high-ranking police officer.

Aguirre said that he would have “zero tolerance” for officials dragged into controversies.

“I will not condone any corruption or crime committed by my men. If any of you know anything about corruption by my men I ask you to come forward and we are going to help you,” Aguirre said. —WITH REPORTS FROM TONETTE OREJAS AND TARRA QUISMUNDO