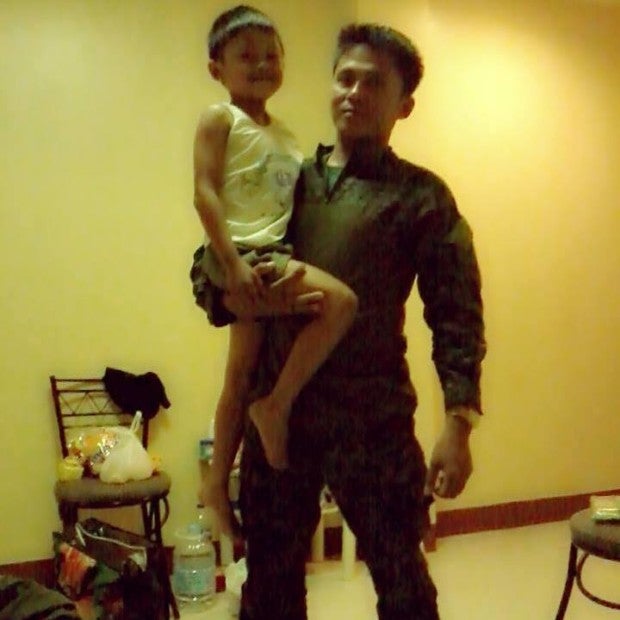 CEBU CITY — A widow of one of the 44 Special Action Force members who were slain in an encounter with Moro rebels in Mamasapano, Maguindanao on Jan. 25, 2015 is planning to ask President Duterte to honor their loved ones with a Medal of Valor.

Michelle Candano, widow of PO2 Wendell Candano, said she found it unfair that only two of the 44 SAF policemen were given Medals of Valor.

“It is unfair that only two were given based only on the account of witnesses. The operation was wide. It lasted hours. How can a person tell everything and see everyone in action? They all risked their lives. They deserve the Medal of Valor too,” she said in Cebuano.

Medal of Valor is the highest honor given to members of Philippine National Police and the Armed Forces of the Philippines.

Only Senior Insp. Gednat Tabdi and PO2 Romeo Cempron, a medic from Cebu, were given Medals of Valor.

Candano was on her way to Malacañang with other family members of the SAF 44 when the Philippine Daily Inquirer called her up on Tuesday. She was accompanied by her sister-in-law, Louelyn Candano.

Candano said they paid for their airfare while Senator Peter Alan Cayateno shouldered the expenses for food and accommodation. They were expected to go back to Cebu on Wednesday.

Candano said they wanted to seek the help of President Rodrigo Duterte in attaining justice for their loved ones — something they didn’t get during the Aquino administration.

The 44 SAF commandos were killed during a botched police operation that targeted terrorists Zulkifli bin Hir and Abdul Basit Usman in Mamasapano, Maguindanao on Jan. 25 2015. Zulkifli Bin Hir, a bomber also known as Marwan, was shot dead during the operations.  Usman escaped.  (He was killed in another operation months later.)

Candano died a day after her only son celebrated his seventh birthday.

“We still have not attained justice. Who was sent to jail? Who was held liable for what happened? No one,” she told the Inquirer in a phone interview.

She hoped that under the Duterte administration, those responsible would finally be held accountable for the slaughter of the SAF men.

“The pain is still here. We have moved on but our hearts are heavy because there is no justice,” she added.

Candano said she had received some of the benefits promised by the government.

Candano continues to work at the Post Office – a position given by the government.  SFM/rga