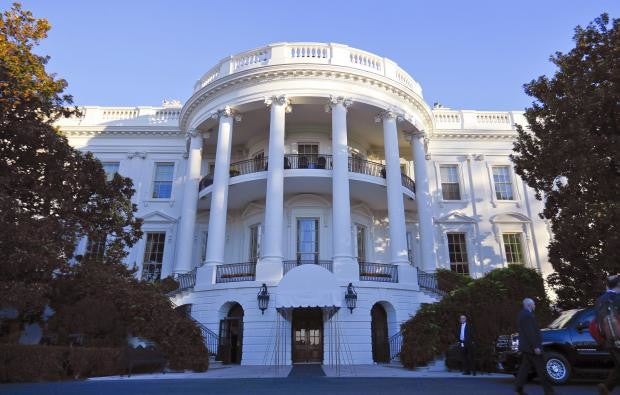 This photo of the White House in Washington, DC, was taken Nov. 8, 2016. On Monday, Jan. 23, 2017, The White House warned China that the US would defend ‘international interests’ in the South China Sea and stressed that trade must be ‘two-way.’ AP)

WASHINGTON, United States — The White House warned China on Monday that the United States will defend “international interests” in the South China Sea and that trade must be a “two-way street.”

Spicer was asked about a suggestion by Trump’s nominee for secretary of state, Rex Tillerson, that Washington should prevent China from building islands in disputed waters.

And, while he did not go so far as Tillerson had done in a confirmation hearing last week, Spice signaled a more robust stance towards keeping South China Sea waters open.

“I think the US is going to make sure we protect our interests there,” he said.

“If those islands are, in fact, in international waters and not part of China proper, yeah, we’ll make sure we defend international interests from being taken over by one country.”

China lays claim to a vast extent of the South China Sea within a so-called “nine dash line,” including waters claimed by several of its neighbors.

Under the former US administration of president Barack Obama, Washington insisted it was neutral on the legal question of sovereignty over the islets, reefs and shoals.

But, while calling for the dispute to be resolved under international law, the US supported freedom of navigation by sending naval patrols through Chinese-claimed turf.

“We’re going to have to send China a clear signal that, first the island building stops, and second, your access to those islands is also not going to be allowed,” he said.

Tillerson’s remarks raised the prospect of a confrontation between the world’s two greatest powers, and Spicer did nothing to walk them back from the White House podium.

Spicer said that Trump is aware that US firms need access to China’s large domestic market, but that he is not prepared to accept that current arrangements continue.

“In many cases, it’s not a two-way street,” he argued.

“There’s so many Chinese businesses and individuals frankly, who can have ease of access in the United States to sell their goods or services,” he said.

Spicer cited limits on the penetration of US financial and banking services in China, and noted the difficulties of US firms protecting their intellectual property rights.

“So, he understands the market that China has and our desire to further penetrate that market,” Spicer argued.

“But he also recognizes there are a lot of concerns with how we are treated entering into China’s market and we need to review that,” he warned. CBB