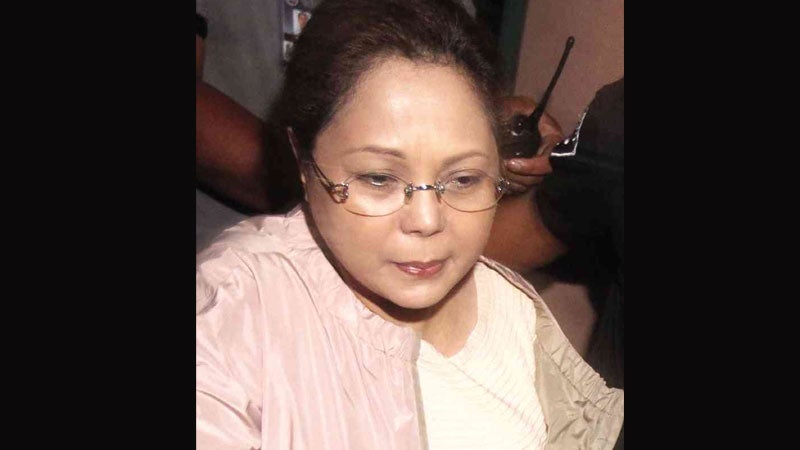 The detained chief of staff of former Sen. Juan Ponce Enrile has asked the Sandiganbayan to reverse its denial of her motion to throw out the “vague” plunder charge against her in connection with the multimillion-peso pork barrel scam.

In a 69-page motion for reconsideration, Jessica Lucila “Gigi” Reyes disagreed with the Third Division’s ruling that the Supreme Court’s August 2015 order for prosecutors to clarify the case information through a bill of particulars effectively assumes that the charge was valid.

Reyes said the Supreme Court could not have ruled so because the issue of the validity of the charge was never raised when Enrile petitioned to order prosecutors to detail his involvement in the P172.83-million scheme more specifically.

“It is a well-settled rule that courts of justice have no jurisdiction or power to decide a question not in issue and a judgment outside the issues… is not merely irregular, but extrajudicial and invalid,” the motion read.

Reyes argued that the high court decision only gave the prosecution the opportunity to cure the defects in the case information through a bill of particulars.

But for her, the prosecution failed to do just that, because the charge sheet supposedly did not detail the specific “overt criminal acts” committed in the crime of plunder, and specify which of the accused committed the said acts.

The court had sided with the prosecutors’contention that these matters—such as the forgery of Reyes’signatures,the discrepancy between the daily disbursement records and her alleged kickbacks, the lack of details in witness Ruby Tuason’s testimony, and her non-involvement in the processing of the pork barrel fund releases—are best threshed out in the trial proper.

Reyes also maintained that it was not through her acts or negligence that alleged pork barrel scam mastermind Janet Lim-Napoles got a hold of the funds for her personal gain. —VINCE F. NONATO