Sights and sounds of Dinagyang 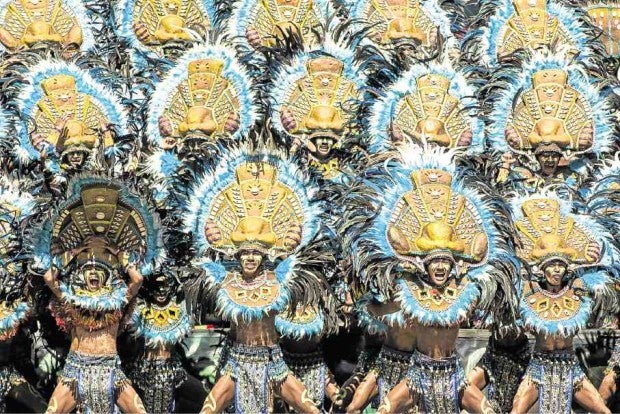 ILOILO CITY—It’s the merriest time of the year in this capital of Iloilo province as about a million Sto. Niño devotees, spectators and revelers poured into the streets for this year’s Dinagyang Festival.

The festival highlights the Kasadyahan contest—a showcase of festivals, products and history of participating towns—that was held yesterday and the Ati tribe competition slated Sunday.

The Dinagyang, one of the festivals held in January in honor of the Sto. Niño (Holy Child Jesus), is known for the colorful brisk performances of Ati tribes in a street dance competition.

The groups and tribes competing in the two major events performed in five judging areas: Freedom Grandstand, in front of the Iloilo provincial capitol, corner Mabini and Delgado Streets, corner Quezon and Ledesma Streets, and in front of the Maria Clara stage.

Ten tribes are competing for the championship in the Ati tribe competition Sunday.

Security measures had been tightened in the city. Police said they asked telecommunication companies to shut down mobile phone signals during the festival’s main events, from 6 a.m. to 2 p.m. on Saturday and Sunday.

“We had not received reports or monitored threats,” he said.

Cell phone signals were shut down in specific areas, lasting for several hours, in Cebu City during the Sinulog Festival last weekend as part of the security measures against explosive devices detonated through mobile phones.

The move came after the twin blasts in Hilongos town in Leyte province on Dec. 28, which left 32 people watching a boxing match in the town plaza wounded. Police said two improvised explosive devices were used in the bombing.

The Iloilo police have banned canned and bottled drinks during the Dinagyang Festival to ensure the safety of spectators.

Police have also implemented a three-day gun ban, starting Friday, as part of security measures. All permits to carry firearms outside of residence had been suspended in the city during the festival period. 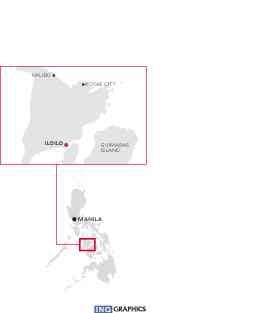