MARAWI CITY—Police on Thursday filed charges of illegal possession of firearms and explosives against an Islamic cleric, who claimed to be a Moro National Liberation Front leader, and 26 of his followers. Aleem Abdullaziz Aminodin and his men were on four vehicles on their way to Saguiaran town in Lanao del Sur province when soldiers flagged them down at a military checkpoint at the junction of the villages of Matampay and Mipaga here on Tuesday night. Col. Joselito Pastrana, commander of the Army’s 65th Infantry Battalion, said Aminodin and his men were arrested after they failed to present permits for their guns. Pastrana said seized from Aminodin’s group were an M-60 machine gun, a Barret sniper’s rifle with scope, a Garand rifle, a rifle grenade and  five handguns. —RICHEL UMEL 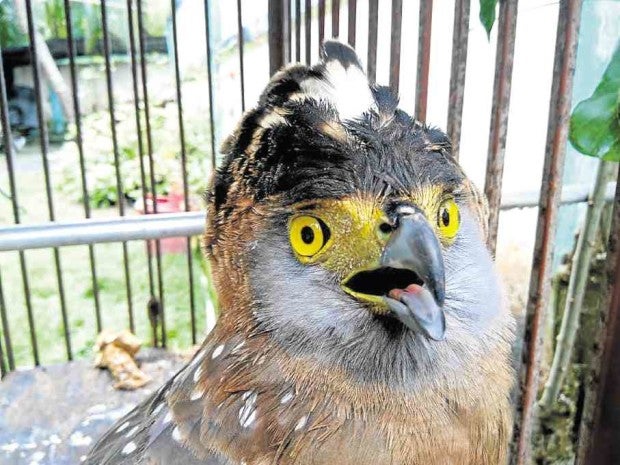 GARCIA HERNANDEZ, BOHOL—An ailing Philippine serpent eagle (Spilornis holospilus) rescued by a resident here was turned over to the Department of Environment and Natural Resources (DENR) on Wednesday. Former Councilor Editha Virador, whose family took care of the juvenile eagle found by her nephew Eric Ido on Jan. 13 in a forested area in Barangay Abilijan, handed the bird to personnel of DENR-Bohol. The serpent eagle was taken to the DENR’s wildlife rescue center in the province for observation before it is released back to the wild. The bird was weak and had a wound in the head believed to be caused by a slingshot. The serpent eagle, which feeds on lizards and snakes, is not among species considered endangered by the International Union for Conservation of Nature. —LEO UDTOHAN 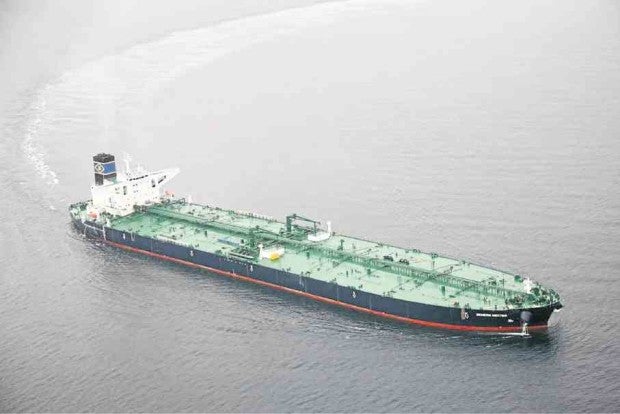 SUBIC BAY FREEPORT—Despite the downturn of the global shipping industry, officials of the Korean-owned shipbuilder Hanjin Heavy Industries and Construction-Philippines (HHIC-Phil) Inc. said orders for commercial vessels have not waned. Chung Gwang-suk, HHIC-Phil president, said the company had delivered MV Gener8 Hector, the first Philippine-made very large crude carrier (VLCC), to its clients based in the United States and Singapore. “While the global shipbuilding market has experienced rough sailing over the past few years, HHIC-Phil has taken exception as it continues to maintain its foothold in the international front, capitalizing on our technological advancements and highly skilled workforce,” Chung said in a statement. The VLCC, which sailed out of the waters of this free port on Jan. 8, measures 333 meters in length with breath of 60 meters and deadweight of 299,019 metric tons. “The vessel’s towering size is so breathtaking that it is comparable to US-made Nimitz class 100,000-ton aircraft carriers,” Chung said. The ship, he said, was ordered and jointly owned by Gener8 in the US and Navig8 in Singapore. —ALLAN MACATUNO