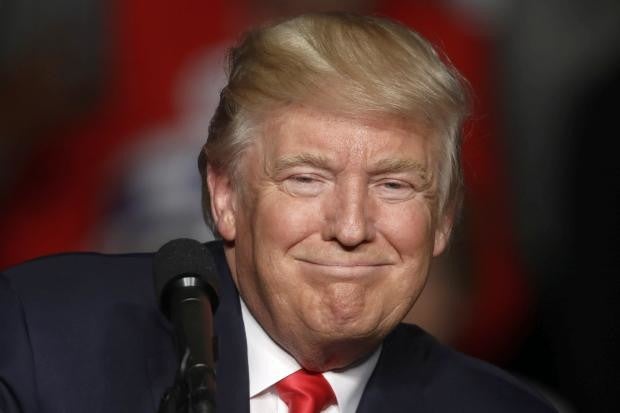 WASHINGTON—In one way at least, US President-elect Donald J. Trump has already surpassed all of his recent predecessors.

It took Barack Obama 18 months in the White House for his approval rating to slip to 44 percent in Gallup polling, and it took George W. Bush four and a half years to fall that far.

Trump got there before even being sworn in.

Indeed, Trump will take office on Friday with less popular support than any new president in modern times, according to an array of surveys, a sign that he has failed to rally Americans behind him beyond the base that helped him win last November.

Rather than a unifying moment, his transition to power has seen a continuation of the polarization of the election last year.

Where other presidents used the weeks before their inauguration to put the animosities of the campaign behind them and to try to knit the country together again, Trump has approached the interregnum as if he were a television wrestling star.

He has taken on a civil rights icon, a Hollywood actress, intelligence agencies, defense contractors, European leaders and President Obama.

The healing theme common at this stage in the four-year presidential cycle is absent.

“He seems to want to engage with every windmill that he can find, rather than focus on the large aspect of assuming the most important position on earth,” Republican Sen. John McCain of Arizona said on CNN on Tuesday.

“And obviously, apparently, according to the polls, many Americans are not happy with that approach when he has not even assumed the presidency,” McCain said.

Two polls out on Tuesday—one by CNN and ORC and another by The Washington Post and ABC News—found that just 40 percent of Americans approved of Trump’s performance heading into the inauguration on Friday.

NBC News and The Wall Street Journal put his approval rating at 44 percent, calling it the lowest rating ever for an incoming president.

By comparison, shortly after their inaugurations, Obama was at 68 percent and Bush was at 57 percent in Gallup surveys.

Both used the time after their initial victories to preach a message of inclusion and to extend a hand to their opposition, even if it did not ultimately last.

Trump’s advisers said privately that his unexpected rise to power showed that such traditional barometers did not matter as much anymore.

If polls were to be believed, he would not have been president, they said.

Still, the anemic numbers clearly irritated Trump, who lashed out on Tuesday.

“The same people who did the phony election polls, and were so wrong, are now doing approval rating polls,” he wrote on Twitter. “They are rigged just like before.”

Although polling in several Midwest battleground states failed to accurately reflect the actual results on Election Day, national polls generally came within a percentage point of the actual popular vote, which Hillary Clinton won with 48 percent to Trump’s 46 percent.

For Trump, the worry about approval ratings would be less about what it might mean for the next election, still years away, but about how such numbers are interpreted by members of Congress, who historically have been more deferential to popular presidents than unpopular ones.

“Every president starts off with a goodwill account with Congress that eventually draws down,” said Phil Schiliro, who was Obama’s White House legislative director in his first term.

“As approval ratings drop, the account sinks very quickly. And that makes it much harder to bring Congress along on the president’s priorities,” he said.

Steve Israel, a Democrat who represented New York in the House, said the biggest challenge for Trump might be with nervous members of his own party.

“Right now, Trump’s numbers are kryptonite for 21 House Republicans in districts that he lost,” he said.

“So not only does he begin with low poll numbers, he begins with a significant potential bloc of resistance in his own caucus,” he added.

But Trump has shown that he intends to lead more through force of personality than through the breadth of his coalition.

Brash and uninhibited, he seeks out enemies and allows few slights to go unanswered.

He has repaired bridges with some critics, like Mitt Romney, but has made only sporadic efforts to reach out to parts of the public that have not supported him.

His strongest supporters cheer his pugnacious style, and he argues that it has gotten results, like when House Republicans backed off plans to undercut the authority of the Office of Congressional Ethics, or major employers reversed plans to move jobs overseas after he wrote on Twitter about his disapproval.

“With all of the jobs I am bringing back into the US (even before taking office), with all of the new auto plants coming back into our country and with the massive cost reductions I have negotiated on military purchases and more, I believe the people are seeing ‘big stuff,’” Trump wrote on Twitter on Tuesday.

For many years, presidents and their advisers quaked at polls that showed a drop in their ratings, fearful that it would hurt their ability to command the stage and to enact their agendas.