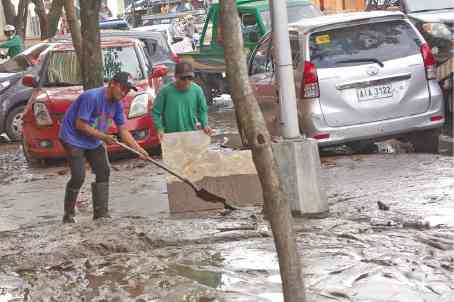 Continued tree-cutting in the hinterlands of Northern Mindanao region has led to the massive flooding that submerged Cagayan de Oro City and nearby areas on Monday, Agriculture Secretary Emmanuel Piñol said Wednesday.

“I am alarmed actually at the recurrent flooding in that area. When flash floods hit a certain area, there’s only one reason for that. It means there are no trees in the mountains to hold the rainwater,” Piñol said in a news conference in Malacañang.

“We are looking at deforestation and the unabated cutting of trees in the mountains of Lanao del Norte, Misamis Occidental and Misamis Oriental [provinces] as the possible cause of these flash floods,” he said.

“So we are [looking] at the situation not only in the context of providing immediate intervention, but also long-term solution,” he said.

Piñol said drones would be deployed to make an aerial survey of the mountains around Northern Mindanao and locate areas prone to flooding and landslides.

About 3,000 families in the region evacuated as floodwater rose on Monday, reports from local disaster response agencies showed. Most of them returned home on Tuesday morning.

Piñol formed a technical working group to assess the damage to agriculture caused by the flash flood in the region and some parts of the Visayas, which left at least 11 people dead.

He assured the public that agricultural losses were minimal and would not disrupt food supply and prices of agricultural products in the region.

As of Wednesday, Piñol said 149.5 hectares of corn were damaged in Bukidnon province while in Misamis Occidental, at least 870 ha of land planted with corn, rice and vegetables were submerged by floods.