China calls on US to bar Taiwan from Trump inauguration 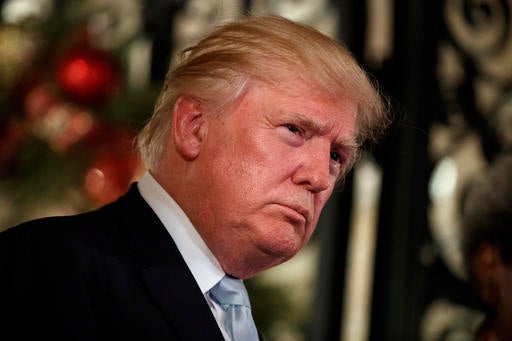 BEIJING — China on Wednesday called on the US to bar a Taiwanese delegation from attending Donald Trump’s inauguration on Friday, underscoring concerns that the incoming president could seek to redefine relations between Beijing, Taipei and Washington.

Foreign Ministry spokeswoman Hua Chunying said the request had been passed to Trump’s transition team and to the current administration of Barack Obama.

“We urge the US side once again not to allow the Taiwan administration to send the so-called delegation to attend the inauguration and to avoid any forms of official exchange with Taiwan,” Hua said at a daily briefing.

China firmly opposes “anyone from the Taiwan administration engaged in activities that interfere or undermine the China-U.S. relationship in the U.S. under any pretext,” she said.

Delegation leader and former Premier Yu Shyi-kun departed for Washington on Monday together with politicians from both Taiwan’s ruling Democratic Progressive Party and the opposition Nationalists.

Along with attending the inauguration, the delegates plan to hold talks with politicians, academics and overseas Chinese community representatives.

Last week, he said in a newspaper interview that Washington’s “one China policy” under which it recognized Beijing in 1979 was open to negotiation, and earlier questioned why the U.S. should be bound by such an approach without China offering incentives.

The U.S. has no formal relations with Taipei in deference to China, which claims the island as its own. However, the two maintain robust informal ties, while Washington sells Taiwan arms and is legally bound to regard any threat to the island as a matter of grave concern.

Tensions across the Taiwan Strait have risen since Tsai’s election last year, with Beijing cutting off contacts and working to deepen Taiwan’s diplomatic isolation.