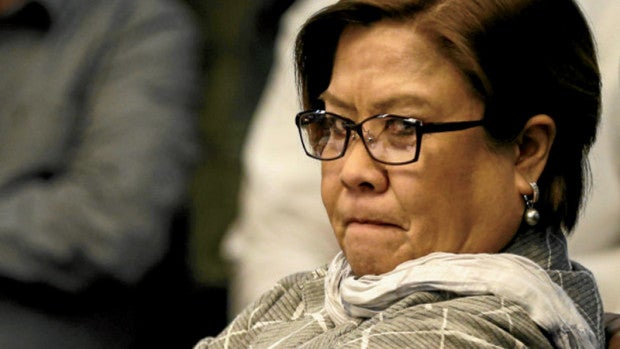 Senator Leila de Lima on Wednesday earned a new title as the “most wiretapped individual” on earth.

This title was given to her in jest by Senator Panfilo “Ping” Lacson before she interpellated him on the floor on the proposed Expanded Anti-Wiretapping Act.

Lacson made the remark when De Lima asked permission if he would yield to some of her questions about the measure.

Responding to De Lima’s query, Lacson said: “Gladly and willingly to probably the most wiretapped individual on planet earth.”

“Thank you for acknowledging that,” De Lima answered.

“But it may comfort you to know that more than a decade ago, I was also holding the same distinction of being the most wiretapped individual,” Lacson said.

De Lima was the Justice Secretary when Lacson went into hiding in January, 2010 or shortly after an arrest warrant was issued against him in connection with the 2000 killing of publicist Salvador “Bubby” Dacer and his driver, Emmanuel Corbito. He only surfaced after more than a year in hiding.

“And not only that, if we look at the gentleman on my left… he was the title holder from 1986 to 1989, he was the most wiretapped individual at that time,” Lacson added, apparently referring to Senator Gregorio Honasan, who led several coup attempts during the Corazon Aquino administration.

Although she recognized that Lacson’s remark was said in jest, De Lima said she felt that it was not a joke.

The lady senator noted that while the proposed measure would be effective in deterring more crimes committed by private citizens, she said she was not sure that if it would also serve as a deterrent to law enforcers.

“Because right now as we speak and given the very honest acknowledgement earlier, I know it was meant to be a joke, but I think it was not a joke. That really, wiretapping certain public figures is more the order of the day when it comes to our law enforcers or state agents,” De Lima said.