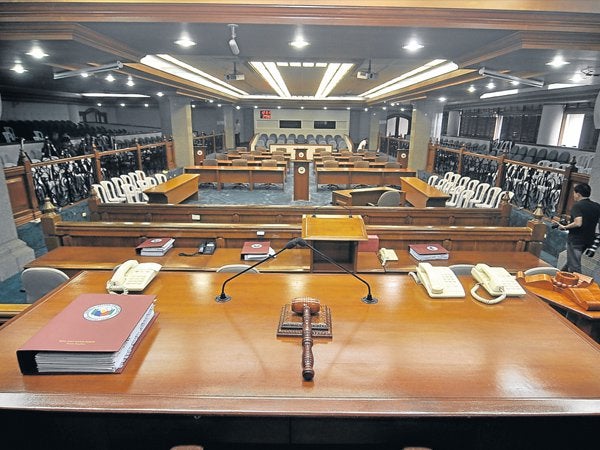 After spending two days debating and trading insults, senators finally agreed on Wednesday to allow two committees to look into a possible overhaul of the Bureau of Immigration (BI) in the light of the reported P50 million bribery scandal involving some of its officials.

No senator objected when Senate Majority Leader Vicente “Tito” Sotto III moved to refer Senate Resolution No. 256, filed by Senate President Franklin Drilon, to the committees on civil service, government reorganization, and professional regulation, and on justice and human rights.

The resolution was originally referred to the civil service committee chaired by Senator Antonio Trillanes IV but the Senate, voting 14-7 on Monday, decided to reconsider its   referral.

Sotto said the two panels would jointly conduct the hearing on Drilon’s resolution, both acting as “primary committees.”

Trillanes’ committee, he said, would “deal” exclusively on the possible BI reorganization while the justice committee, chaired by Senator Richard Gordon, will focus on the bribery scandal.

“Mr. President this has been done before. The implication of this set up is that the civil service committee will deal exclusively on the reorganization aspect of the BI which is within their competence and jurisdiction while the committee on justice on the other hand will only touch on the aspect of administration of the [bureau], which falls under its domain,” the Majority Leader said.

“As a consequence, the two primary committees shall come up with separate committee reports if they wish, each dealing with separate concerns  within the bounds of their jurisdiction as earlier mentioned.”

This, Sotto said, should not stop the Senate blue ribbon committee also chaired by Gordon to hold a separate inquiry on the bribery scandal.

Gordon’s committee has set its first hearing on the issue on Monday, January 23. /ac