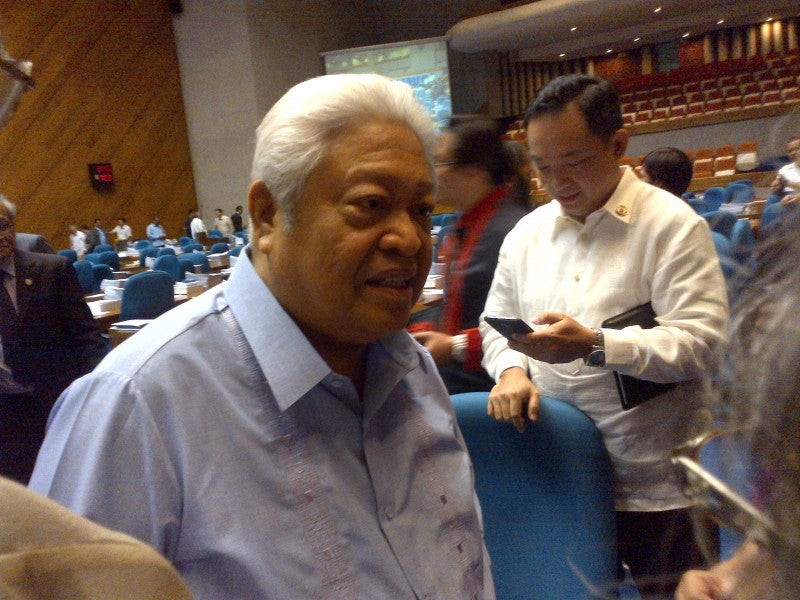 MANILA — Opponents of the death penalty would win by a big margin if a “conscience vote” were to prevail in Congress, but only by a slim one if the vote was done according to party lines, opposition lawmakers said Tuesday.

Albay Rep. Edcel Lagman, a leader of the “Magnificent 7” minority bloc, said he expected a long and contentious debate at the House of Representatives on the bill restoring the capital punishment for heinous crimes.

“As of now, if there is a conscience vote, then definitely [the death penalty bill] will not pass. But the Speaker wants a party vote, which is a pressure vote. This is why some members who are against the death penalty may be pressured not to attend session in order to deny a negative vote,” he told a press forum.

In such a case, “we still believe we can win but only by a slim margin,” said Lagman.

But Speaker Pantaleon Alvarez said on Tuesday he was “very confident” that the measure would pass because of the strength of the majority coalition.

In an interview with reporters, the House leader said he expected the debates to last 30 days.

Although optimistic about the chances of the bill, Alvarez assured his colleagues in the supermajority that no action would be taken against those who would not support the bill.

Another leader of the opposition bloc, Ifugao Rep. Teddy Baguilat, said other members of the supermajority were against the bill.

“Many of our colleagues, their positions come from their strong personal convictions. That’s why we expect them, in spite of their being in majority, to interpellate, including the Makabayan lawmakers, who are part of the supermajority,” he said.

Lagman noted that former President Gloria Macapagal-Arroyo, now a deputy speaker and Pampanga congresswoman, under whose presidency the death penalty had been abolished, was among those opposed to the bill.

He said other supermajority members, including PBA Partylist Rep. Jericho Nograles, were against the death penalty, Lagman said.

In a statement, Nograles said: “I am pro-admin, however, I am also pro-life. I cannot support the death penalty bill.”

“I believe that Congress must prioritize legislation increasing the number of courts, prosecutors, and public attorneys so we can speed up the judicial process from the average of seven years for the first decision down to hopefully less than a year trial. It is my duty to play an active role in the debates and I hope that the debates will be factual,” he said.  SFM