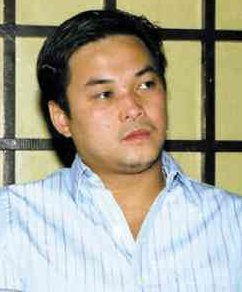 MANILA — A Quezon City court has stopped Congressman Michael Romero and his representatives from staking claims on the Romero family-owned Harbour Centre Port Terminal Inc., which operates the Manila Harbor Center, citing “forgeries” in documents establishing the young Romero as the majority shareholder.

In a 12-page order issued on Jan. 5 granting a petition for preliminary injunction filed on April 23, 2015 by the camp of Reghis M. Romero III, Quezon City Regional Trial Court Branch 222 Judge Edgar Dalmacio Santos “enjoined” the younger Romero and any of his agents, employees, or successors-in-interest “from representing themselves as stockholder of Harbour Terminal, exercising any rights as the board or stockholders of Harbour Terminal, representing themselves as the duly authorized representative with the requisite capacity to act for and on behalf of Harbour Terminal, including any sale, transfer, encumber or any disposition of its assets and shares.”

The order likewise stopped the camp of the younger Romero, a representative of the 1Pacman Partylist in the House of Representatives, from “representing themselves as acting for and on behalf  of Harbour Terminal as shareholder or members of the board of directors of [Manila North Harbour Port Inc.], as well as exercising any and all rights as such.”

“The Court is inclined to believe at this stage the position of the plaintiffs that the subject deeds of assignment, used as basis of the defendants to represent themselves as the rightful majority shareholders of Harbour were forged,” Santos said, in his order.

“An evaluation of the pleadings and evidence filed…would lead to a logical presumption that the subject deeds of assignment contain legal infirmities. Such infirmities create serious doubt at this stage as to the authenticity of the said deeds,” Santos said.

“Considering that there appears indicia of forgeries in the said documents, the Court is inclined to believe, at this stage, the position of the plaintiffs that the subject deeds of assignment could not be the valued bases for the defendants to represent themselves as the majority shareholders of Harbour Terminal,” Santos said.

The Court held that since the elder Romero’s camp, R-II Builders Inc. and R-II Holdings Inc., were the majority holders prior to the execution of the deeds of assignment, it had “clear rights to be protected.”

The elder Romero’s legal counsel, Jerome Canlas, told the Philippine Daily Inquirer their camp had already posted the P700 million bond required by the court and were only waiting for the issuance of the writ of preliminary injunction.  SFM