House to discuss if death penalty applicable to minors 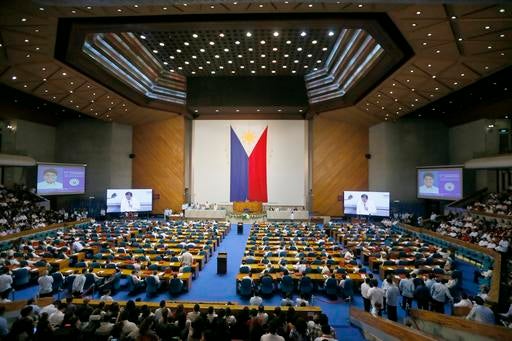 A congressman on Monday urged his colleagues to discuss whether or not the proposed reimposition of the death penalty would apply even to children who are in conflict with the law.

In a press briefing at the House of Representatives, Oriental Mindoro Rep. Reynaldo Umali was asked if the proposed bills to reimpose the death penalty would allow capital punishment even on juveniles.

The congressman, who chairs the House justice committee, was asked if children as young as nine years old caught carrying at least 10 grams of shabu as couriers may be punished with death under the proposed revival of the death penalty.

Umali said the intention of the death penalty bill does not cover children in conflict with the law.

He added that the proposed bill seeking to lower the minimum age of criminal responsibility allows for rehabilitation and not capital punishment.

“To my recollection, when you lower the juvenile age… it’s not necessarily like they will be jailed together with the hardened criminals,” Umali said.

He said children accused as drug couriers should be seen as victims of the drug trade because they are being used by drug syndicates.

(In lowering the juvenile age, there’s a process of reforming them. And they are the victims. It’s not as if they are liable.)

Umali said it is up to Congress to thresh out the conflicting interpretations of the bills.

“Nag-e-evolve pa ang mga ito, so hindi pa natin masabi (This is still evolving, so we really can’t say)… Hopefully, we can come up with a more acceptable version that will pass the whole of Congress, including the Senate,” Umali said.

“I’m sure there will be a lot of inputs coming from all sectors before this law is passed. Let’s cross the bridge when we get there,” Umali added.

Umali said he hopes this serves as a wake-up for his colleagues to discuss this during committee hearings and on the floor during plenary debates.

“Let’s continue raising this issue so that members of my committee will be mindful of things that we need to consider,” Umali said.

The move to reimpose capital punishment coincided with the bill seeking to lower the minimum age of criminal responsibility from the current 15 years old to as young as nine years old.

Umali said both bills may be passed on third and final reading by May or before the end of the first regular session.

While the death penalty bill has hurdled the committee level and is up for second reading sponsorship and debate, the bill lowering the minimum age of criminal liability is pending before the House justice subcommittee on correctional reforms.

In House Bill 2, authors Speaker Pantaleon Alvarez and Deputy Speaker Fredenil Castro sought to revert the minimum age of criminal liability from the current 15 years old to as young as nine years old.

The House leaders’ bill entitled “Minimum Age of Criminal Responsibility Act” seeks to amend the “Juvenile Justice and Welfare Act of 2006” or Republic Act 9344, which sets the minimum age for criminal liability at 15 years old.

“While the intent of protection of the Filipino youth may be highly laudable, its effects have had the opposite effects – the pampering of youthful offenders who commit crimes knowing they can get away with it,” Castro and Alvarez said in their explanatory note.

But they would be subjected to a government intervention program, the bill read.

In a July 2016 interview, Alvarez had said that his bill would seek to put minors in detention to rehabilitate them, but not to punish them with death.

READ: Alvarez: No minors to be punished with death penalty

Alvarez then said the death penalty would be too harsh a punishment for children whom he believed are not capable of heinous crimes, such as murder, rape or plunder.