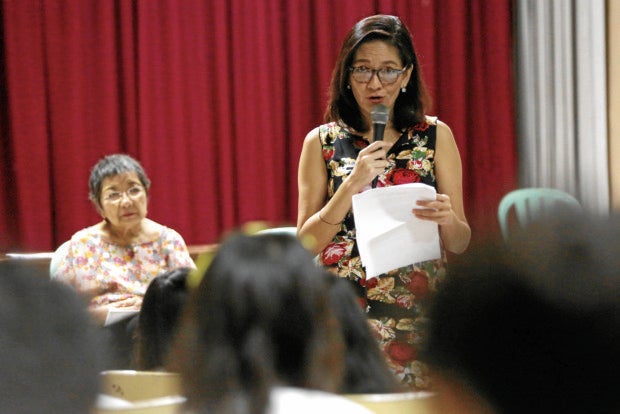 Senator Risa Hontiveros on Monday vowed to investigate possible violations of the Anti-Hospital Deposit Law after a woman reportedly gave birth last week inside a taxi cab in Quezon City after being refused by two hospitals.

Hontiveros said the incident would be looked into by the Senate committee on health, which she chairs, when it resumes its discussion on her bill that aims to strengthen Republic Act No. 8344, a law that prohibits hospitals from asking for deposits first before treating patients with emergency needs.

The senator has filed Senate Bill No. 216 or “The Amendments to the Anti-Hospital Deposit Act,” that seeks heavier penalties on hospitals that continue to demand any deposit or other form of advance payment, as a prerequisite for admission or medical treatment of an emergency patient.

Based on the initial field investigation conducted by her office, Hontiveros said, a certain Aira Arellano was turned away by a public hospital in Caloocan City last January 11 after its staff allegedly assessed that she went into labor prematurely. The hospital staff reportedly told the mother that they had no incubator for the baby.

Arellano gave birth inside a taxi cab even before she could go to the next nearest hospital. She was later brought to a private hospital in Fairview, Quezon City but after cutting the umbilical cord of the infant, she was allegedly told that she could not afford the hospital’s fees, prompting them to transfer to the East Avenue Medical Center (EAMC).

The senator said the incident was worth investigating if the hospital in Fairview, Quezon City, violated the Anti-Hospital Deposit Law. Arellano and her child, she said, were victimized twice.

“She was a victim of a private hospital that refused to admit her because she couldn’t afford the deposit demanded of her, and a public hospital that lacked facilities. We cannot tolerate hospitals denying mothers and their children health services in their time of urgent need. Where will our people go if they can’t get medical help from either public and private hospitals?” Hontiveros said in a statement.

She said she would mobilize the resources of her committee to get to the bottom of this matter and coordinate with the Department of Health (DOH) “to get an inventory of the facilities at public hospitals and determine legislative and budgetary interventions that can improve health services.”

“No life should be unnecessarily put at risk, no person should be denied adequate and quality medical care just because they are poor and our government-run hospitals cannot adequately respond to their emergency medical needs. We have heard this unfortunate story so many times already. It’s time we put an end to it,” the senator added. RAM/rga