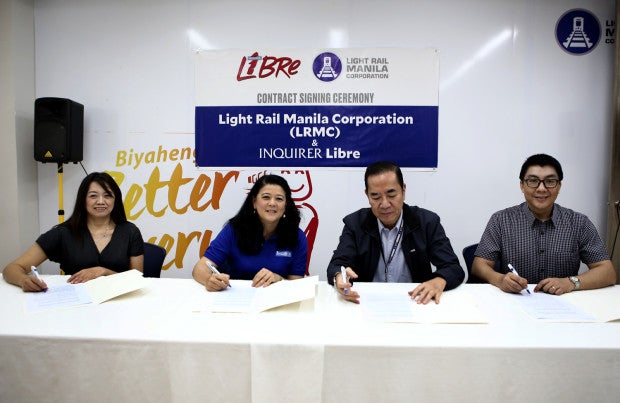 With these agreements, Inquirer keeps it commitment to provide the Filipino people a free, relevant and up-to-date daily newspaper in key stations of all three light rail train systems across Metro Manila. Over a million commuters ride these trains every day.

Inquirer has been publishing and distributing Inquirer Libre for free since 2001.

“Free papers give those who cannot spare enough budget the opportunity to be informed and engaged through relevant news and events happening around us. Aligned with the Inquirer’s mission, Libre’ role is more of a public service initiative to the community, strengthening the reading habit across all sectors and empowering them to make wise and sound decisions,” said Reinoso.

For Romualdez, publishing a free newspaper complements with Inquirer’s thrust to be the most engaging news source in the country.

She also said that the renewal of the contracts to distribute Libre in the train stations proves DOTr and LRMC continue to be our committed partners in keeping the Filipino people informed through a free access to relevant news.

“We are very happy and proud that Libre has been able to service the commuters by providing them with key news and information as well as giving them delight through the years. We would like to sincerely thank DOTr Sec. Art Tugade , OIC GM Deo Manalo, LRMC President Rogelio Singson and their teams for giving us the opportunity to partner with them in continuing this service. The commuters can expect more from the most engaging Libre yet,” said Romualdez.

Aside from the free newspaper, readers can also access Libre on social media through facebook.com/Inquirerlibre, @inquirer_libre on twitter, inquirerlibre on instagram, and through chat on http://viber.com/libre.

Libre’s digital edition can also be downloaded for free on pressreader http://inq.ph/inqplus. Also free is the Libre mobile app which can be downloaded on Playstore for androids and on Apple Store for IOS./rga 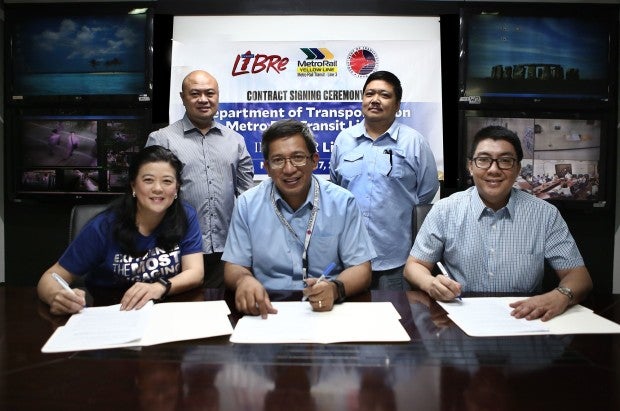