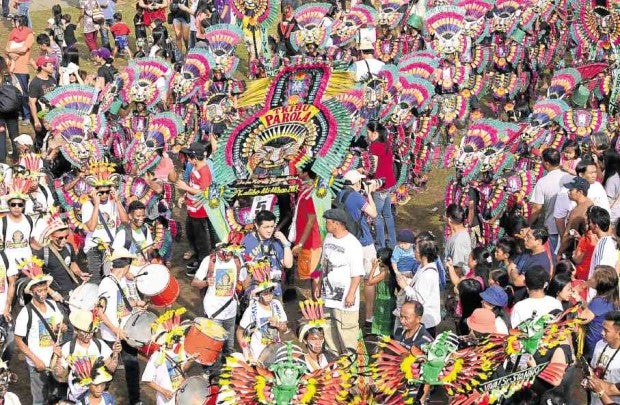 In this 2013 photo, spectators get close to performers as the parade starts. —CONTRIBUTED PHOTO

ILOILO CITY—The sounds of drums and lyres peaked over the weekend in the streets of Kalibo, capital town of Aklan province, in celebration of this year’s Sto. Niño Ati-Atihan festival.

Amid tighter security measures, a record 30 tribes (up from 27 last year) competed in four dance categories on Saturday—eight in “Big,” six in “Small,” nine in “Modern” and seven in “Balik Ati,” according to Albert Menez, chair of the Kalibo Sto. Niño Ati-Atihan Foundation Inc., the main organizer. 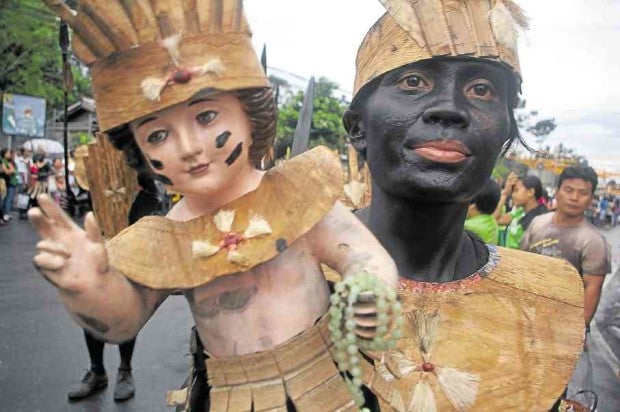 Tourists on Boracay Island, an hour and a half travel from Kalibo, are expected to join the festivities Sunday.

On Wednesday, students joined the “Sinaot sa Kalye” (street-dancing) parade. Teachers and personnel of the Department of Education joined a similar event on Thursday.

One of the festival highlights, the Higante parade, was held on Thursday, featuring giant papier-mache figures from different towns in Aklan.

Organizers offered day tours for Boracay guests to experience the festival, Menez said. Hotels and other lodging areas had been booked as guests would usually reserve rooms a year before.

Room rates were steep, reaching twice or thrice the regular and mostly for a minimum stay of three nights. Many who could not be accommodated stayed in homes of relatives or friends in Kalibo or on Boracay Island.

Over 1,000 policemen, soldiers and other security personnel were deployed to secure this year’s celebration.

Security measures had been laid out for all scenarios, including accidents, shooting or bomb attacks after the recent explosions in Hilongos town in Leyte province that wounded 32 people.

Personnel of civilian agencies, including those dealing with disasters, and emergency response teams were also fielded. Security teams were sent to hotels and other billeting areas.

The Kalibo municipal council has passed an ordinance prohibiting the carrying of glass bottles in designated areas during the festival. This is part of the safety and security measures as bottles could cause injuries or can be used as weapons.

The festival culminates Sunday with a pilgrim Mass in front of the St. John the Baptist Cathedral, followed by street-dancing and religious procession. 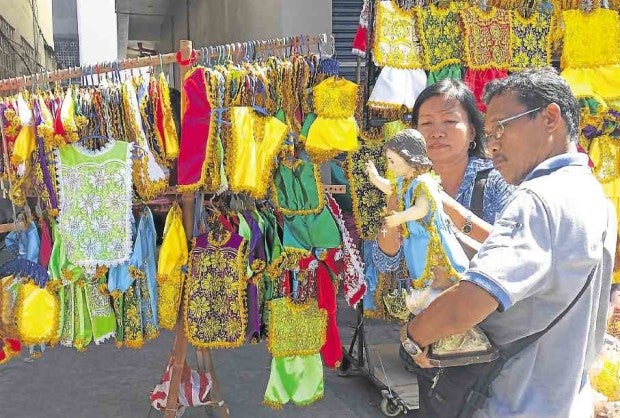 A devotee checks costumes of the Sto. Niño sold along a street in Kalibo during the 2016 festival. —NESTOR P. BURGOS Jr.