Sotto hell-bent on stopping DOH from giving condoms in schools 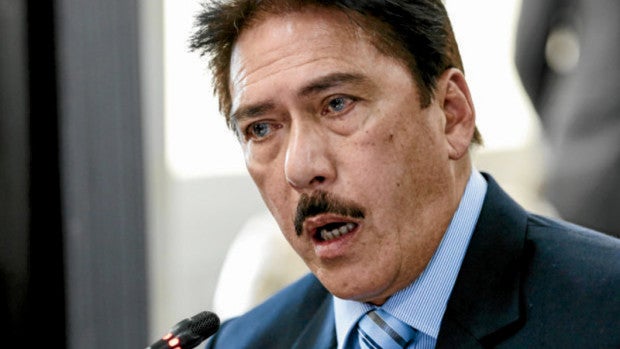 Senate Majority Leader Vicente “Tito” Sotto III was hell-bent on stopping the Department of Health (DOH) from distributing condoms in schools, reminding it anew on Friday that it would be against the law to have sex with underage students.

This time, Sotto took to social media to slam the DOH for its planned distribution of condoms to high school students starting this academic year.

“Bawal makipag sex sa menor de edad (It’s inappropriate to have sex with underage students)! Why are you distributing condoms to high school students?” Sotto wrote on his Twitter account.

The senator earlier warned the DOH against its plan, saying it would be a crime to encourage high school students to “indulge in sex.”

“Nothing in the RH (Reproductive Health) law allows the DOH to promote the violation of the law on statutory rape! High school students are mostly underage,” Sotto said in a text message when asked to elaborate his tweet.

Asked how he could stop the DOH’s plan, the senator said: “Through the Commission on Appointments.”

Sotto, a member of the powerful Commission, has already warned that Health Secretary Paulyn Jean Rosell Ubial would not get the approval of the Commission if she pushed through with the plan.

“I assure you, the Secretary will not pass the CA if they do that,” the senator said in an earlier statement. RAM/rga

Read Next
Gov tells PNP: Reconsider sending erring cops to ARMM
EDITORS' PICK
The Best Tech Gifts For The 2022 Holidays
EDITORIAL: To a bike-friendly future
Is it safe to talk politics again at family gatherings? ‘The Reconciliation Dinner’ shows us what that’s like
vivo’s coming to town to grant wishes with more holiday promos
Pagasa: Warm, sunny Sunday in most parts of PH
House energy committee chair Arroyo bats for cheap electricity
MOST READ
LOOK: Vhong Navarro transferred to BJMP detention facility in Taguig
The Elephant Man in the Senate
Posh village as ‘shabu’ haven
LOOK: Zanjoe Marudo bonds with Ria Atayde, her family
Don't miss out on the latest news and information.