MANILA —  “Parang magtatagal pa (Seems like it will take longer),” lamented former senator Ramon “Bong” Revilla, Jr., as the Sandiganbayan postponed the start of his plunder trial until February 9.

Revilla and his former chief of staff Richard Cambe, both detained at the Philippine National Police custodial center pending trial for the P224.5-million case, were present for the scheduled hearing on Thursday.

The politician’s camp even brought in a new collaborator: a legal heavyweight in the person of 87-year-old former Solicitor-General Estelito Mendoza.

But, the trial did not push through since the court has yet to finalize the pre-trial order—a draft of which is currently 830 pages long—which would govern the weekly proceedings. What was supposed to be day-long hearing lasted 30 minutes.

The court found that the pre-trial brief of the prosecuting panel needs to be corrected first when it comes to the marking of certain pieces of evidence.

In view of this, it ordered the trial dates for January be cancelled to make way for two more preliminary conferences for the parties to clarify matters.

Lead prosecutor Joefferson Toribio, however, said they were only informed of this concern in the morning of the trial. He said prosecutors would submit an amended pre-trial brief if needed.

Cambe, who represents himself as his lawyer, said he would submit a soft copy of his brief if he were allowed access to a computer. He cited “financial difficulty” for his inability to hire a legal counsel.

Revilla’s lawyer, Ramon Esguerra, said they would have been fine had the court proceeded with the presentation of witnesses, even without the pre-trial order. He reasoned out that “the good senator has been in detention for more than two years already.” 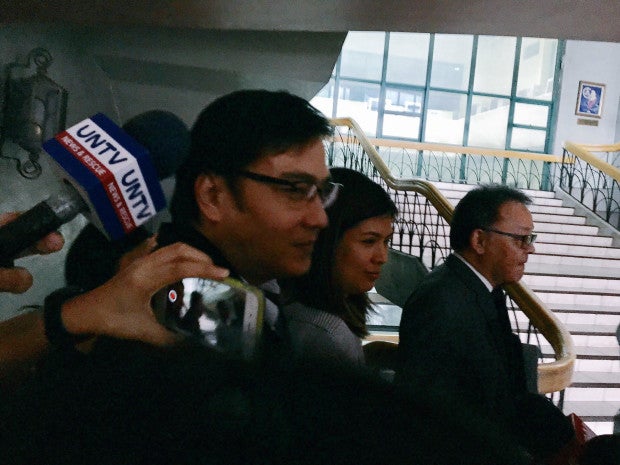 But, Justice Efren dela Cruz, who chairs the First Division, said “we cannot (proceed) without a pre-trial order,” citing the need to avoid ambiguities down the road.

Making his first appearance before the court for the Revilla case, Mendoza noted that with the large number of prosecution witnesses, “this will probably take forever.”

Toribio earlier disclosed that the prosecution would present a total of 119 witnesses, including 10 new witnesses and 77 supposed beneficiaries for the alleged ghost projects funded by Revilla’s pork barrel funds.

He assured Mendoza that to expedite the trial, prosecutors would present the beneficiaries in batches.

Toribio later told reporters in an interview that it was not the prosecution’s fault that the case has taken years already as Revilla remained in the slammer.

“I already stated in front of the court that we are committed to finishing the case as soon as possible. ‘Di naman kami nagde-delay eh (We are not the ones delaying this),” he said.

Revilla, who was initially wary of reporters, later admitted in a chance interview that he was excited at first before his hopes for speedy proceedings were dashed. 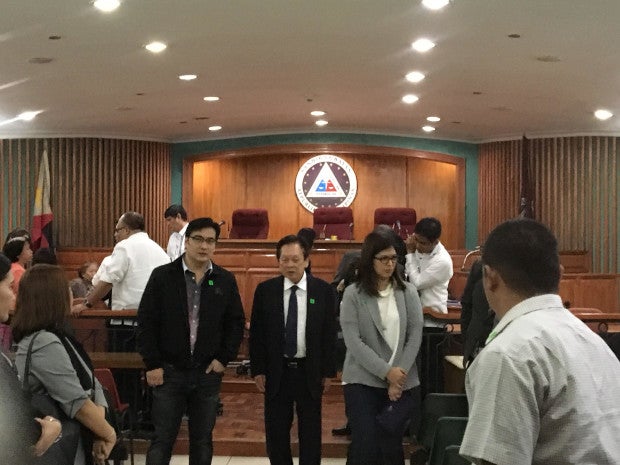 “I’m okay, pero mahaba-haba pa ‘tong laban na ‘to. Prayers na lang (I’m okay, but this fight is going to be a long one. I’ll just leave it to prayers),” he told reporters. “Excited sana, hoping na mapabilis (I was excited, hoping it would be quicker).”

For now, she said the family would heed the advice of President Rodrigo Duterte, who promised during his campaign on Jan. 21 last year that “I will see to it that they are also afforded the right to bail.”  Plunder is a non-bailable offense.

Mercado also said she was hopeful about Mendoza’s entry as the lawyer of her husband.

“Sa tingin ko naman, mas mapapabilis yung kasong ito at (I think, this case will go quicker and) true justice will be implemented in the case of Senator Bong,” she said. “Kilala naman po natin yung kalibre (We know his caliber as a lawyer) so I’m sure he could help us.”

Mendoza was the counsel who secured a controversial win for former Senator Juan Ponce Enrile, another legislator facing a P172.83-million plunder case also in connection with the pork barrel scam. In 2015, the Supreme Court allowed Enrile to post bail for an otherwise non-bailable offense over “humanitarian considerations.”

Toribio said the prosecution was ready to take on a big-time defender of high-profile politicians. “They can bring in anybody, that is their right,” he told reporters.  SFM