“It’s Executive Order No. 12 and the full title of the EO is Attaining and Sustaining Zero Unmet Need for Modern Family Planning Services through the Strict Implementation of the Responsible Parenthood and Reproductive Health Act, Providing Funds Therefore and for Other Purposes,” Pernia  said in a Palace briefing.

“This Order aims to intensify and accelerate the implementation of critical actions necessary and sustain ‘zero unmet need for modern family planning’ for all poor households by 2018, and all of Filipinos thereafter, within the context of the [RH] Law and its implementing rules,” the executive order read.

Pernia said the EO was “really for modern family planning services, modern contraceptives to be adopted by women of reproductive age.”

The Cabinet official said the implementation of the RPRH law “got stymied” due to the petition filed by pro-life groups before the SC.

In December 2012, RPRH Law was approved by Congress and was signed by former President Benigno Aquino III on December 21.

In 2014, the high court ruled that the RPRH law was constitutional although it struck out certain provisions of the law.

The high court also issued a TRO in connection with the government’s procurement, selling, distributing and promoting contraceptive implants.

“But with this EO from the President, we hope that the Supreme Court will act expeditiously in terms of lifting the TRO,” he said.

“In fact, with the EO, some, you know, there might be some municipalities or local governments that can, you know, get around the TRO by letting NGOs implement or, you know, yeah implement the RPRH Law because the private sector is not covered by the TRO. It’s just the government agencies. So, in fact, there are some implementation of the RPRH Law but it’s very limited,” he added. IDL 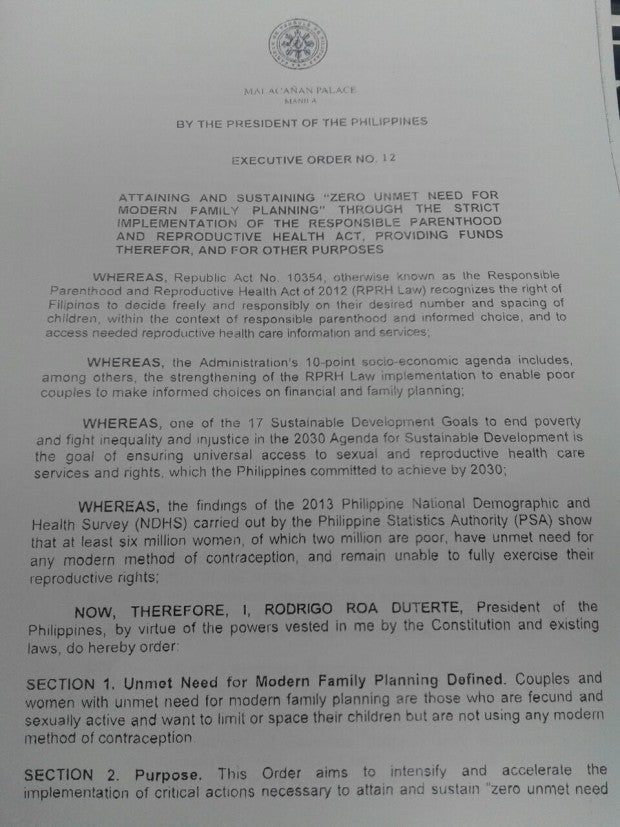 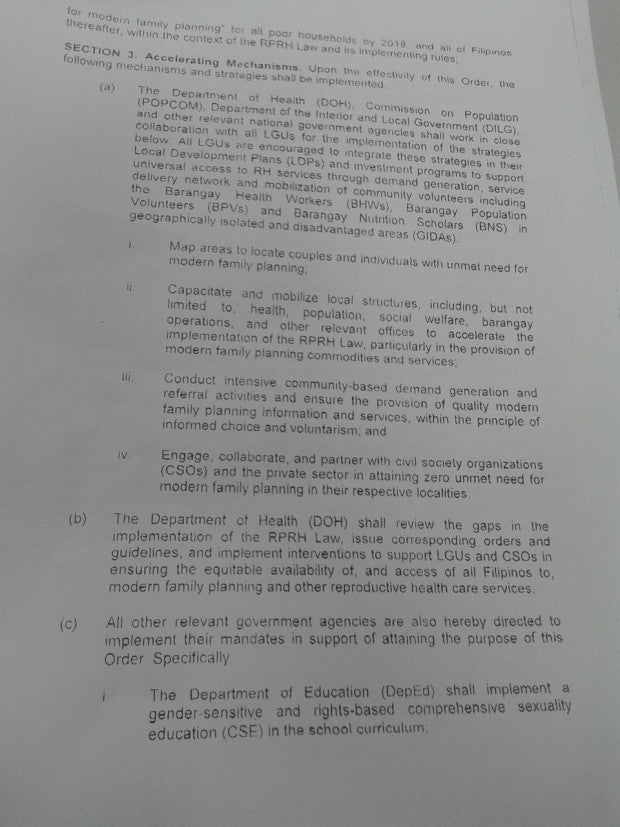 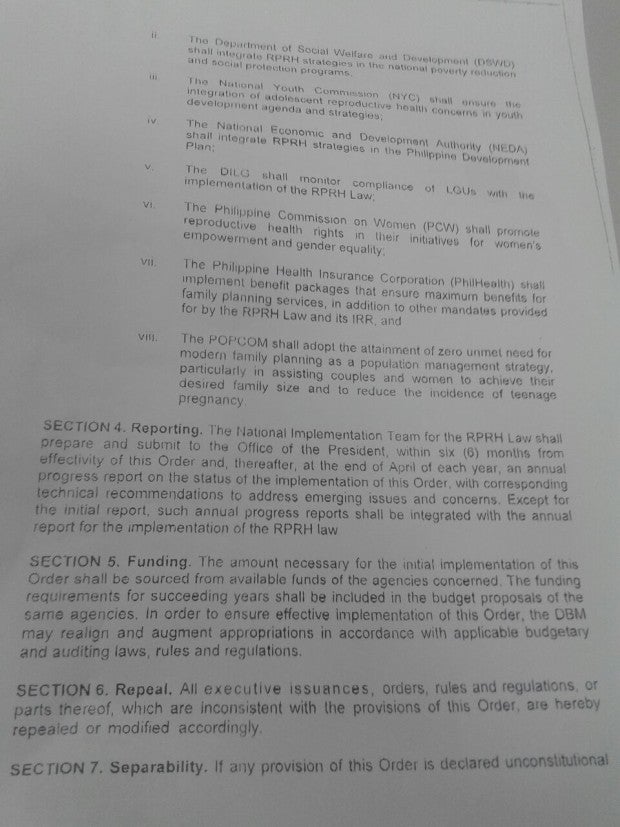 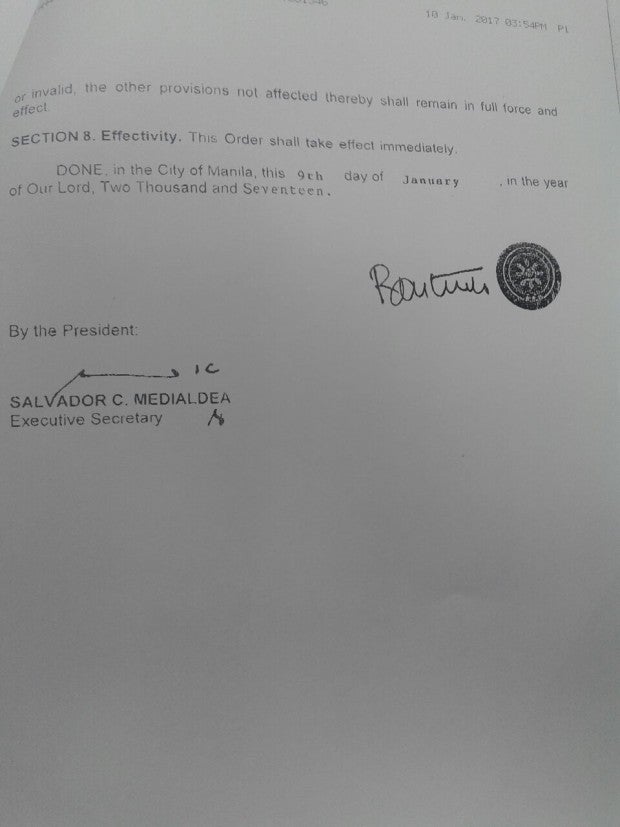