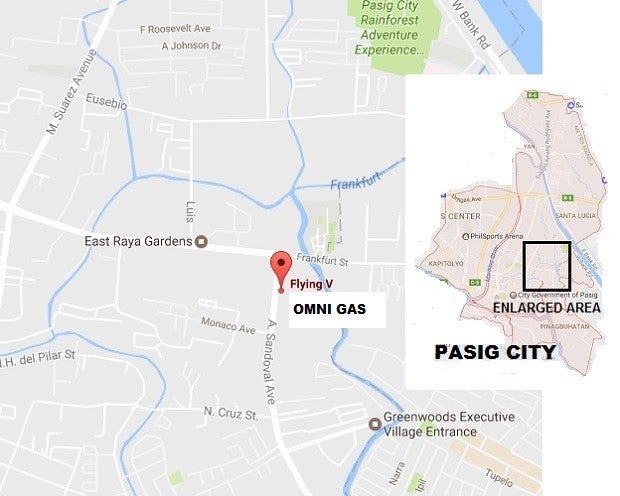 A two-hour fire broke out at an LPG refilling station in Pasig City before dawn Wednesday, injuring 20, authorities said.

According to Senior Inspector Anthony Arroyo, of the Bureau of Fire Protection (BFP) in Pasig, the fire reportedly started at 1:06 a.m. at the Omni Gas Corporation compound along Sandoval Avenue in Barangay San Miguel.

Most of the injuries were due to the blasts, the reports said. Many of the victims were reportedly rushed to the Rizal Medical Center for treatment.

The fire quickly reached the fifth alarm at 1:21 a.m. and was declared under control at 1:57 a.m.