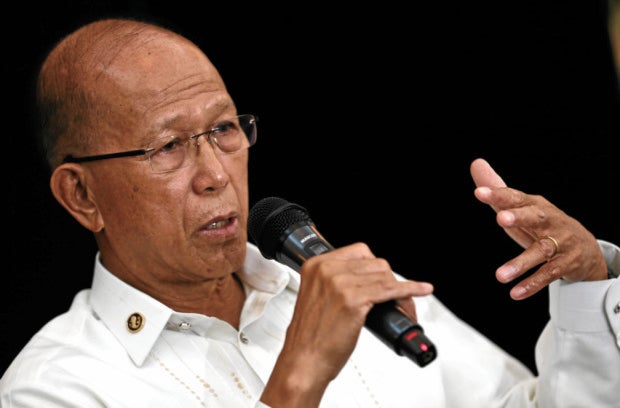 The Armed Forces of the Philippines (AFP) aims to significantly reduce the strength of terrorist groups in six months’ time with its newly-launched security strategy.

“We are going to do something new or innovative to finish this problem (of terrorism) once and for all,” Defense Secretary Delfin Lorenzana said at the sidelines of the AFP New Year’s Call at Camp Aguinaldo on Monday.

The military is looking at decreasing terrorist groups such as the Abu Sayyaf, Maute Group, Bangsamoro Islamic Freedom Fighters and others to a “minimal strength” in the next six months.

READ: Duterte warns Abu Sayyaf: I will eat you alive …

If the target won’t be met, then it will be extended, Lorenzana said.

“We will just have to do the best we can, or we can combine military and developmental projects para masugpo natin ‘yung kanilang ginagawa (so we can stop them from doing what they are doing),” Lorenzana said.

AFP chief General Eduardo Año said terrorist groups like the Abu Sayyaf will be dealt with with “the full force of the Armed Forces.”

“Not in our history has there been that massive deployment of our troops…Ayaw nating patagalin ‘yung labanan dun. Gusto natin matapos lahat ‘yun (We do not want to prolong the fighting there. We want it to end),” Año said.

The AFP chief said it is the Maute Group that needs to be watched because of their plans to conduct terrorist activities in cities, but noted all groups have their own peculiarities.

(The Abu Sayyaf has been engaged in kidnapping, while the Maute Group wants to be recognized by ISIS that’s why it’s been involved in bombings. Other groups like the AKP are into a combination of extortion and terrorism. But for us, we need to keep a close watch on Maute because it plans on conducting terrorist activities in (major) cities.)

The new security plan “Kapayapaan,” Año said, is a “sequel” of the “Bayanihan” strategy which focused on non-combat dimension in dealing with internal security threats.

The support to the Philippine National Police’s campaign against drugs was also included in the new campaign plan. IDL/rga