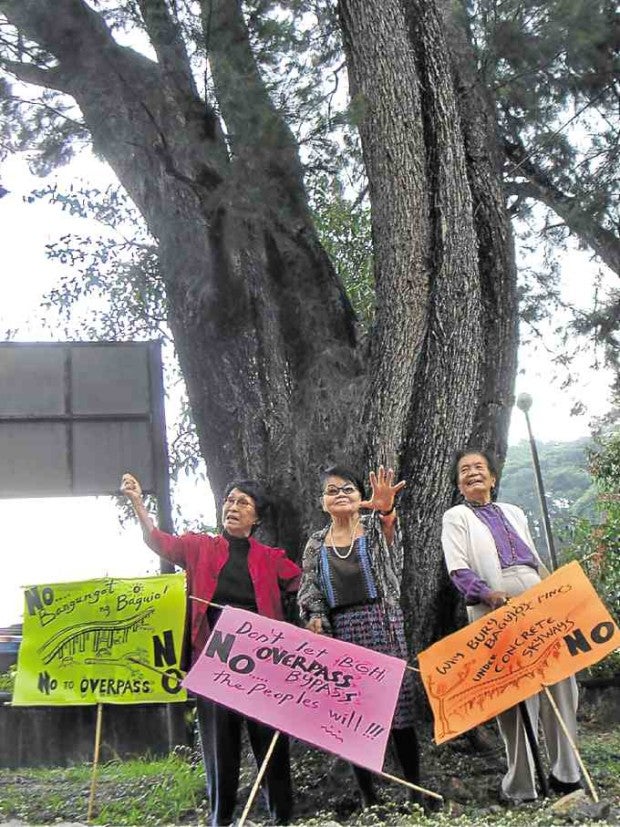 BAGUIO CITY—Late last month, tourists swarming over the city’s downtown area were puzzled by the giant tarpaulin of a smiling Virginia de Guia hanging from her family-owned La Azotea building on Session Road.

De Guia used to be movie star Lydia Leynes, who was billed above actor Rogelio de la Rosa in the 1939 movie, “Nagkaisang Landas.”

But few people know that De Guia, who turned 100 years on Dec. 26, also served as acting Baguio mayor twice in 1946 and 1949, and became its first female vice mayor.

“During the period, receiving an appointment for a top Baguio post was a big deal. Baguio was considered an important city, and being given the top post meant you hit the newspapers and you had become part of the [social circles of that era],” said her eldest son, filmmaker Kidlat Tahimik.

A group of artists put up the tarpaulin before Christmas to honor the role played by De Guia in the development of the city. She died on Feb. 9, 2015.

In her old age, De Guia became an unlikely social activist. Together with the late community paper editor Cecile Afable and museum curator Leonora San Agustin, she became one of Baguio’s “Three Witches.”

They would storm City Hall to wrestle with elected officials, whose programs and policies could lead to urban “uglification,” Kidlat said. He called them “witches” because his mother and her friends “sent chills down the spines of politicians.”

De Guia, Afable and San Agustin, a former teacher, embraced their supposed “notoriety,” even though some people considered that reference offensive.

De Guia was born on Dec. 26, 1916, to Mauricio Oteyza and Dolores Sta. Maria. After graduating with honors at Baguio Central School and at old Mountain Province High School, she earned degrees in Philosophy and Laws, and a Master of Arts in Public Administration at the University of the Philippines.

She served as acting mayor and vice mayor during a period of reconstruction for Baguio, which was devastated when Allied soldiers and Filipino guerrillas liberated the summer capital from the Japanese Imperial Army in April 1945.

Because people were left living in shacks in Burnham Park and other areas, De Guia and the city officials helped move them to relocation sites.

They convinced the national government to lift a ban on the sale of public lands and brokered a deal with an insurance company to finance low-cost housing.

On her return from a fellowship abroad in 1949, De Guia became acting mayor when then Mayor Jose Cariño fell ill.

Her mayoral stint had been controversial, however. Some councilors complained about her programs. She also received death threats after she shut down prostitution and gambling dens in 1950.

Sinai Hamada, editor of Baguio Midland Courier, wrote in an editorial in May 1952 after De Guia stepped down from office:

“Off and on, she has been acting mayor of the city while the job was looking for the right man to occupy it … Officially she has launched more progressive ideas than all other city executives and public officials … It is not at all unlikely that, after [so many] years, she will be remembered and live on in the hearts of her fellow countrymen while others are not even names [anyone would recall].”