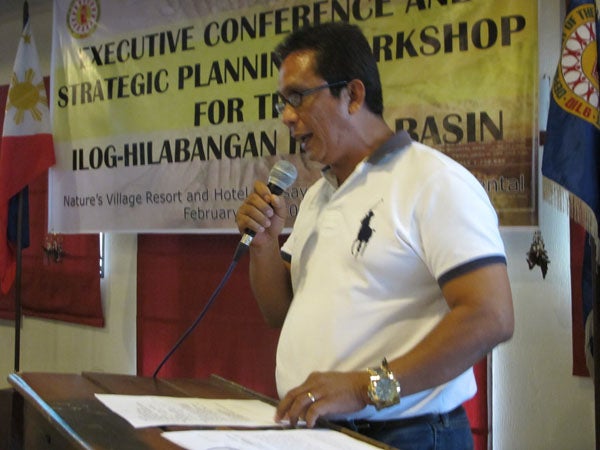 Photo from the official website of the province of Negros Occidental

Ombudsman Conchita Carpio Morales has ordered the criminal indictment of Negros Oriental Governor Roel Degamo for graft for continuing to use calamity funds whose release were withdrawn in 2012.

In a 24-page resolution, Morales found probable cause to charge Degamo with 11 counts of violation of Section 3(e) of the Anti-Graft and Corrupt Practices Act.

The Department of Budget and Management on June 5, 2012 initially issued a special allotment and release order amounting to P961.5 million for the repair of infrastructure damaged by Typhoon “Sendong” in December 2011 and a 6.9 earthquake in February 2012. P480.7 million of the Saro’s value was immediately released.

But a few days later on June 19, the DBM informed Degamo that the SARO was being withdrawn over the province’s failure to comply with existing guidelines for infrastructure projects.  Instead of returning the funds, Degamo proceeded with the award of 11 infrastructure contracts worth P143.2 million. TVJ