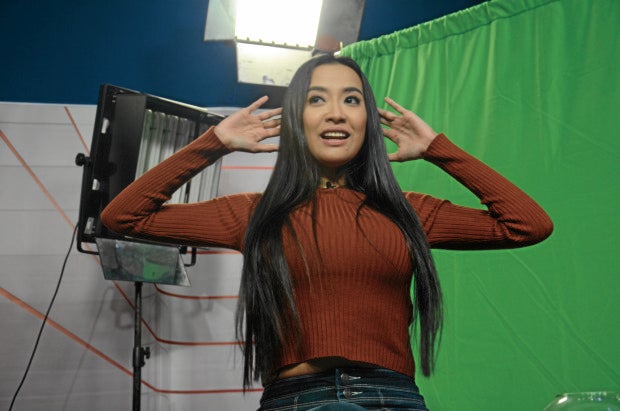 President Rodrigo Duterte has appointed self-styled “sex guru” Mocha Uson to serve on the board of a state agency tasked with shielding Filipinos from immorality and excessive violence in film and television, sparking a firestorm of protests on social media.

Malacañang on Thursday confirmed reports of Uson’s appointment as member of the Movie and Television Review and Classification Board (MTRCB), immediately drawing spitballs from netizens, many of whom viewed it as a political payback for her role in Mr. Duterte’s victory in last year’s presidential election.

Twitter user @Dhonna_Salazar said: “I just wonder how low is he willing to go to justify this bayad-utang appt (payback appointment).”

Another Twitter user, @KellyDC, posted: “shows no substance from this current government. Seriously!”

@pugakzz tweeted: “The irony.a woman who does not care about censorship and being vulgar now part of a censor body.”

Uson initially made a name for herself by appearing in instructional sex videos and as the leader of the sexy singing group Mocha Girls.

From blogging about her sexual dalliances and experiences, she reinvented herself by using her popular blog site to defend Mr. Duterte and criticize his political rivals.

She is also known to attack journalists critical of Mr. Duterte’s brutal war on drugs and controversial policies, calling them “presstitutes.”

Presidential Communications Secretary Martin Andanar defended Uson, saying he did not see any reason why “one of the biggest artists that we have in the country” should not be designated to the 32-member MTRCB.

“Why not?” Andanar told reporters on Thursday when asked why the controversial sexy singer and blogger was appointed to a government post.

“What makes her not qualified? Mocha is an artist. She’s one of the biggest artists that we have in the country,” Andanar said.

“She’s been in the show business world for more than a decade already. She’s an educated person. She’s one of the biggest bloggers that we have in the Philippines. [She’s] very influential,” he added.

In a single-page appointment paper dated Dec. 28, 2016, Mr. Duterte designated Margaux “Mocha” Justiniano Uson to the MTRCB, apparently in a holdover capacity as her term is only until Sept. 30, 2017.

“By virtue hereof, you may qualify and enter upon the performance of the duties of the office  … ,” the President said in his letter to Uson.

Sen. Grace Poe, a former chair of the MTRCB, on Thursday said appointing Uson to the agency’s board was a prerogative of the President.

“She abounds with common sense and has a good pulse of the public. She will do a lot better than some people I know,” he said.

According to Presidential Decree No. 1986, the Marcos-era edict creating the MTRCB, the board is composed of a chair, vice chair and 30 members who will serve one-year terms “unless sooner removed by the President for any cause.”

While their tenure is short, the President can reappoint them to fresh terms.

The requirements for the appointees to the MTRCB are simple: they should be natural-born citizens, not younger than 21 and “of good moral character and standing in the community.”

The decree requires the MTRCB board to have a “multisectoral combination of expertise in the various areas of motion picture and television.”

The law requires at least five of the MTRCB officials to be  lawyers and no fewer than 15 should be “from the movie and television industry to be nominated by legitimate associations representing the various sectors of [the] industry.” —WITH A REPORT FROM CHRISTINE O. AVENDAÑO