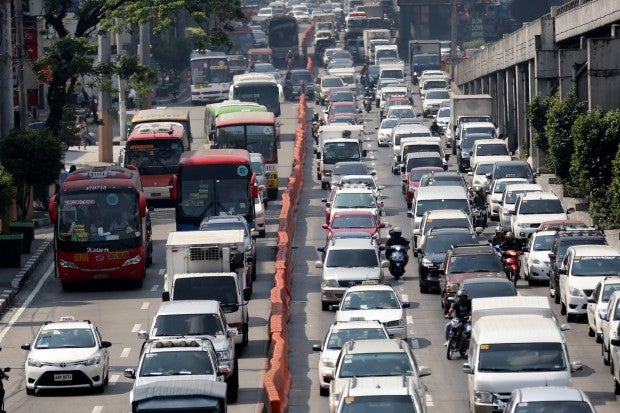 MANILA — A road safety advocate group has filed a complaint before the LTFRB against the driver and operator of a bus which ran over a 47-year-old bus passenger on New Year’s eve along Edsa, causing her to lose her right foot.

The Kongreso ng Mananakay at Transportasyon (Congress of Commuters and Transportation) led by Danilo Mangahas, supported by the Lawyers for Commuter Safety and Protection (LCSP), asked for the suspension of Roval Bus driver Michael Puyos and the  Roval bus operator even after the victim and the parties involved had already reached an amicable settlement.

Around 5:30 pm on New Year’s eve, Puyos was driving a Dongfeng passenger bus along Edsa on the northbound lane from Quezon Avenue when it ran over one of its passengers, Marissa Erediano, who was getting off.

A report from the Metro Manila Development Authority said Erediano, who was going down the bus stairs near Trinoma Mall, fell off onto the pavement, with the bus running over her foot.

Puyos in an earlier interview said he was not able to notice the passenger. Erediano, who was amputated, is currently confined at the Quezon City General Hospital.

Puyos earlier faced charges of reckless imprudence resulting in serious physical injuries but was released after the bus company made an agreement with the victim that they would shoulder the hospital expenses. The victim also received P5,000.

Mangahas noted the driver violated some regulations, such as wearing proper uniform. The bus also was dilapidated, he added.

“Napakaliit po ng P5,000 na ibinigay ng bus company at ang pangakong medical assistance na sakop naman ng insurance. If the victim would be convinced to file against the bus company, the woman can get lifetime support as well. She lost not just the leg but the capacity to work,” Mangahas told the Inquirer.

Ariel Inton of the Lawyers for Commuters Safety and Protection, however, said the case could still be heard as there was an apparent neglect by the driver.

“Although the bus company and the victim entered into an amicable settlement, Puyos should still have a liability. This still does not clear the driver and the operator from any responsibility,” Inton said, noting that the bus driver should still face the case, and that his license be revoked,” Inton said.

“The bus company should not tolerate the driver; they should not just allow the driver to drive again, without the bus being inspected by the LTFRB. There was no drug test conducted even. The mental condition of the driver should also be examined,” Inton said.

“It’s sad that the family does not see the bigger picture. The casualty is covered already by the insurance of the bus company. This is a very serious matter. The bus driver and company may already have no civil liability but it still has a liability to the transportation group and the commuting public. We are very confident LTFRB would take cognizance of the case,” he added.

Land Transportation and Franchising Regulatory Board member Atty Aileen Lizada said they will look into and act on the case.  SFM/rga