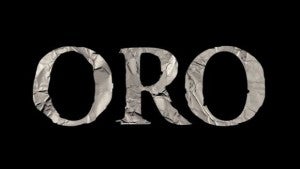 An animal rights group said on Monday that it would file charges against the people behind “Oro,” one of the entries in the Metro Manila Film Festival (MMFF), over the scene where a dog was slaughtered.

“An animal was killed in making a movie and that is unacceptable, not just in law but also as a responsible filmmaker. No one should do this,” said Anna Cabrera, executive director of the Philippine Animal Welfare Society (PAWS).

In a letter to Metropolitan Manila Development Authority (MMDA) General Manager Tim Orbos, who is also the chair of the MMFF executive committee, Cabrera said the makers of “Oro” violated Republic Act No. 10631 or the Animal Welfare Act.

Cabrera said the killing of dogs, even as part of a ritual or ethnic custom, should be coordinated with the Bureau of Animal Industry and Committee on Animal Welfare (CAW).

Cabrera, who is also the chair of the CAW technical working group on the humane use of animals in media and entertainment, said she did not receive any information from the filmmakers about the gory scene.

According to her, the filmmakers had previously said that no animals were hurt in the movie. They later admitted that a dog was indeed killed, although “Oro” director Alvin Yapan said that none of their actors or crew was involved in the slaughter.

“What the film did was to capture the culture of violence in a far-flung province,” he added.

In a meeting attended by PAWS, the filmmakers and the MMFF executive committee on Monday, some points were agreed upon, including the putting up of a notice outside movie houses showing the movie. It will say that the film has been edited and the filmmakers and cast are committed to promoting both human and animal rights. The controversial scene will also be edited out.

Cabrera, however, expressed disappointment, saying she had hoped that the movie would be pulled out from theaters and its awards revoked.