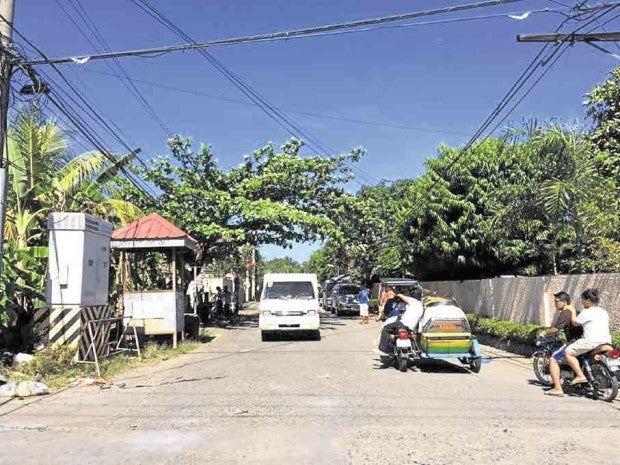 DAGUPAN CITY, Philippines—As the skies lit up with spectacles of fireworks wizardry and the ground trembled from exploding firecrackers to greet the first day of 2017, the village of Pogo Grande was unusually quiet on Sunday.

Upon the advise of police, village leaders stopped their New Year practice of blowing up 100,000 oversized triangle-shaped firecrackers on their 400-meter street at noon on Jan. 1 instead of the customary midnight revelries.

“It was like a fiesta here [in Pogo Grande] every Jan. 1. Now it’s very quiet,” said one villager.

A former barangay chair, Jose Jesus Ramos, helped start the tradition 17 years ago, claiming the residents wanted a loud revelry involving firecrackers that blew up from 30 minutes to an hour on the first day of the year.

At noon on Jan. 1, all hell would break loose at Pogo Grande. A series of deafening explosions would shake the ground and send thick, black smoke into the sky.

After an hour, residents and their visitors would partake of the delayed “media noche” laid down on tables in the community.

In the 1990s, the neighborhood gathered unsold firecrackers to be blown up noon of Jan. 1 , which inspired the tradition, Ramos said.

“We did not intend to invent [an annual firecracker show] but through the years, residents got interested in what we were doing and we were attracting more spectators. And then we started to make longer lines of firecrackers strung up above the streets,” he said. 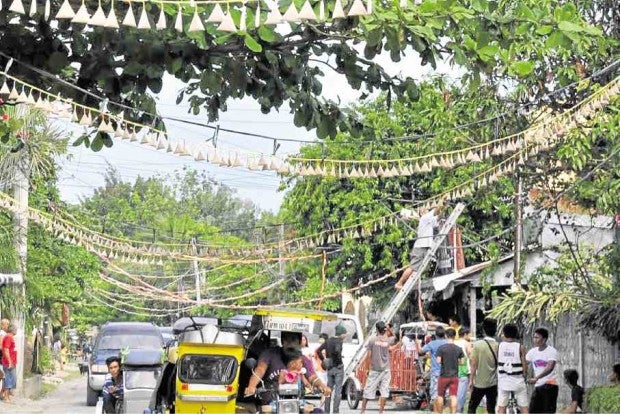 A stark contrast to the festive and noisy celebration last year when firecrackers, strung and put up like buntings, are lighted during a community event at noon. —VENUS SARMIENTO/ CONTRIBUTOR AND WILLIE LOMIBAO

Some would leave the village because they could not bear the noise and smoke, said Charisse Fajardo, a resident. Another elderly woman said she would cover her ears as she protectively embraced her pets.

The tradition has been adopted by neighboring Barangay Malued, where every 300 meters of the road were lined with firecrackers called “Judas belt” to be exploded on Sunday noon. Malued residents, some carrying babies, would stop vehicles passing through the area for five minutes until the explosion is over.

Pogo Grande’s current chair, George Galvan, said he and the other village leaders decided to cancel the spectacle at the suggestion of the police.

It may not be the end of the unique merrymaking for the residents, though. Ramos said he would convince the village leaders to come up with another noisemaking event using trumpets on the last day of 2017.