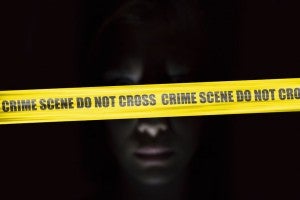 MANILA — The Mandaluyong City Police has formally filed charges against a 26-year-old father who accidentally shot and injured his six-year-old daughter while having an altercation with his partner in Mandaluyong on New Year’s Day.

The man is currently detained at the Mandaluyong City Police Station for illegal discharge  of firearm and child abuse after accidentally shooting his 6-year-old daughter inside their house at around 7:40 am.

The case was received by City Prosecutor Arnold Magpantay.

A report submitted to Senior Supt. Joaquin Alva, Mandaluyong police chief, stated that a witness said the man’s partner, a female marketing assistant, confronted him about another woman, sparking  a fight.

The man, who was under the influence of liquor, then took his gun and threatened to shoot his partner, who tried to pacify him and grabbed the gun. But he pulled the trigger and accidentally shot his daughter, a kindergarten student, on her left arm. The girl was just standing nearby.

She was taken to the Mandaluyong City Medical Center.

SPO2 Ambrocio Gam, Mandaluyong police investigator, said the father used to be a PNP trainee but did not pursue a police career.

Investigators are still verifying the license of the recovered Taurus PT 92 firearm loaded with four rounds of live ammunition from the suspect.  SFM