Revilla, Estrada still believe ‘truth will come out’ to set them free 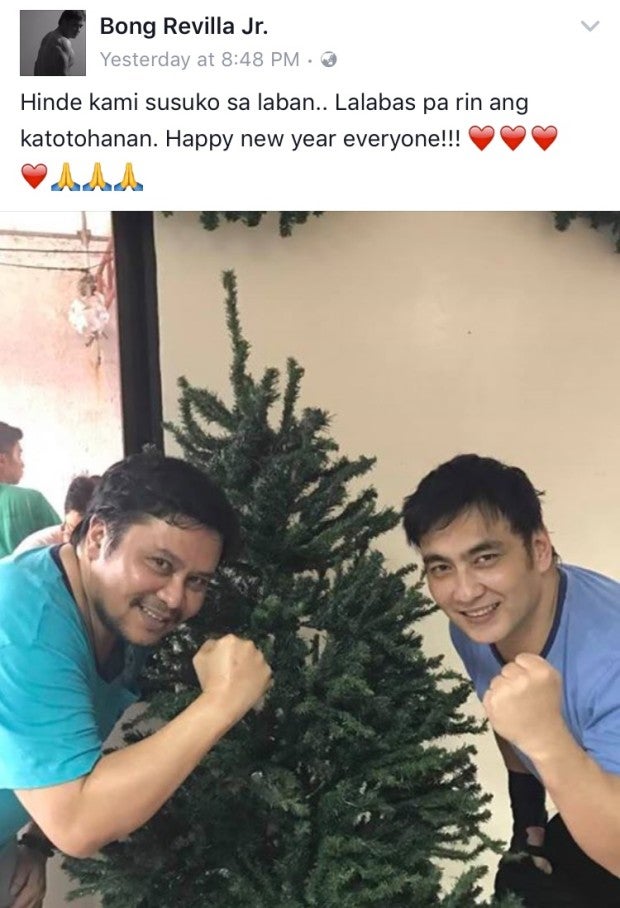 For detained senators Bong Revilla Jr. and Jinggoy Estrada, the fight is not yet over.

Still behind bars while being tried for their alleged involvement in the P10-billion pork barrel scam, Revilla and Estrada believe the truth will come out and they will eventually be absolved of plunder and graft charges.

Revilla posted a photo in his official Facebook account showing him and Estrada posing beside a bare Christmas tree presumably inside the Philippine National Police’s Custodial Center at Camp Crame.

The two have been detained since the Sandiganbayan issued an arrest warrant against them in June 2014.

A month after, then Senator Juan Ponce Enrile joined them and was put under hospital arrest. But in August 2015, Enrile was granted temporary liberty after the court allowed him to post bail. TVJ