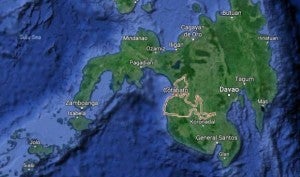 Col. Felicisimo Budiongan, chief of the Army’s 1st Mechanized Brigade, said none of his men were hurt in the attack
at 7 p.m., but it brought fear among villagers living near Army bases on the Datu Saudi Ampatuan-Datu Salibo-Datu Piang highway.

When soldiers from three detachments returned fire, the attackers fled under cover of darkness, Budiongan said. He could not say whether the Army counteroffensive had hurt or killed the attackers.

Abu Misry Mama, speaking for the BIFF, admitted his men launched the attack in retaliation for the death two weeks ago of Tamharin Esmael allegedly by the military. Esmael was a subcommander of the BIFF.

BIFF rebels broke away from the Moro Islamic Liberation Front over differences in pursuing peace negotiations with the government.

Mama said more attacks were coming as long as the Army was in Datu Saudi and Datu Salibo, both in Maguindanao.

Before midnight Friday, the attackers returned and fired rocket-propelled grenades toward the 1st Mechanized battalion checkpoints.

The bandits, Budiongan said, slowed down and eventually fled when soldiers from mechanized brigade responded, backed by armored personnel carriers.

Residents panicked but no evacuation was reported.

Soldiers temporarily shut down portions of the Cotabato City-Maguindanao-Sultan Kudarat highway at sunrise to defuse an improvised explosive device planted by the attackers on the highway.

Traffic was reopened more than an hour later.

Friday’s attack came a week after the same outlawed group flagged down four vehicles and hauler trucks, and used it to block the highway in adjacent Barangay Bagan, Guindulungan, Maguindanao.