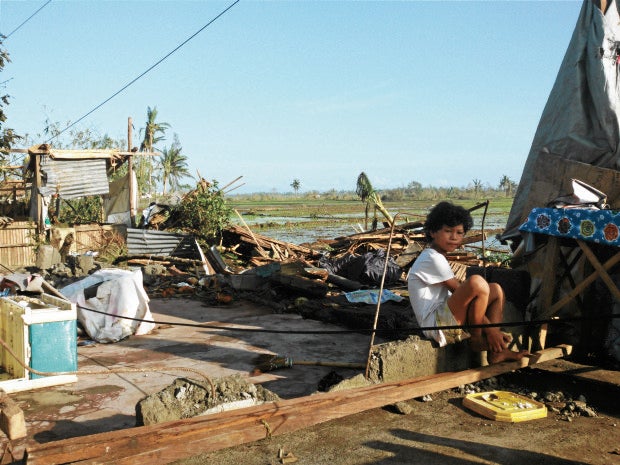 An example of the destruction left by Typhoon Nina in Tiwi, Albay.  Scenes such as this are repeated in provinces of Southern Tagalog such as Oriental Mindoro and the Bicol Region. INQUIRER PHOTO/GEORGE GIO BRONDIAL/INQUIRER SOUTHERN LUZON

The Provincial Disaster Risk Reduction Management Office identified the casualty as Zaldy Hulgo, a Mangyan, who drowned in the Subaan River in Socorro town, Oriental Mindoro. Prior to being found dead, Hulgo and his brother Michael were reported missing.  Michael remained missing as of Thursday.

The first typhoon casualty in the province was Marcia Malinao, aka Soledad Licdawan, from Barangay Ilag, San Teodoro, who was trapped among the branches of a lanzones tree, which was swept away by strong flood waters brought by rains, said Opher Atienza of San Teodoro MDRRMO. She was found by her tribesmen last Monday.

The damage to agriculture was placed at around P80 million.   The typhoon caused some form of damage to 183,452 households in 143 barangays.

The number of evacuation centers (ECs) reached 83, with five remaining open for 138 families.

The provincial report said 1,857 houses were destroyed while 8,365 were damaged.