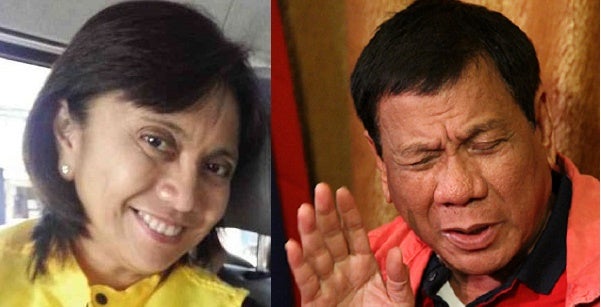 MANILA — President Duterte slammed the door on Vice President Leni Robredo’s possible return to his Cabinet, accusing her to be part of the “crowd” which wanted to topple him.

The hot-tempered President went on a media blitz on Thursday, as he appeared in a series of live television interviews on the eve of his sixth month in office.

“Not for anything. It’s just incongruent (because) you are part of a crowd that wants me out,” the Chief Executive said, referring to Robredo.

“She was there and the next day we would face each other. Don’t you think it’s an incongruous thing?” he continued.

Robredo, who won under the now-decimated Liberal Party, resigned as head of the Housing and Urban Development Coordinating Council after the President instructed her not to attend the Cabinet meetings.

Asked if he would offer another Cabinet post for the Vice President, Mr. Duterte replied: “At this time, I am not considering it.”

“This is what happened. I gave her a favor because the Vice President has no job. I went out of my way, really” he said, adding:  “The problem is that they organized a demonstration. They called for (my) ouster.

The demonstration was held in late November along Edsa, to protest the decision of President Duterte to allow the burial of the late dictator Ferdinand Marcos at the Libingan ng mga Bayani.  SFM