Duterte: I’m indebted to only 3-4 persons 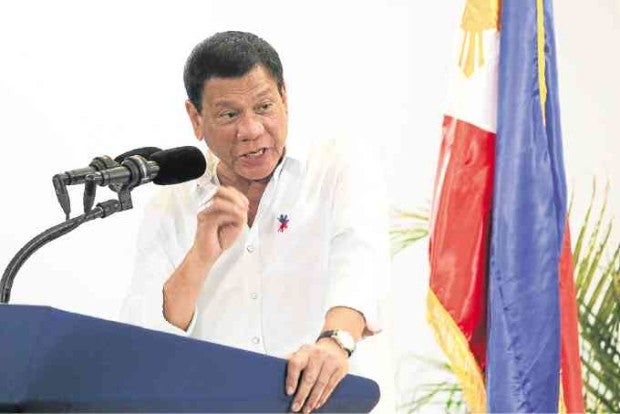 President Rodrigo Duterte has said he does not owe anything to anyone, save for about three to four persons from whom he has an “utang na loob” (debt of gratitude).

He first named Marcos, then Zubiri, saying the latter was the one who “really pushed” him to pursue the presidency.

“I promised to bury Marcos,” he said upon mentioning the Ilocos governor, referring to her father, former President Ferdinand Marcos.

Duterte said he was the only one who said “yes” on the issue of burying the late dictator at the Libingan ng mga Bayani during a televised election debate.

The Marcos daughter was one of Duterte’s campaign donors when he ran for the post./rga