Ex-lawmaker says he never endorsed any contractor in PDAF project 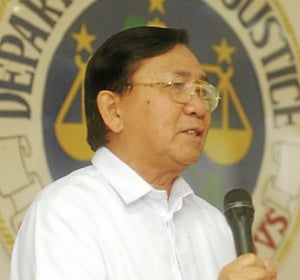 Reacting to a news report that he and several others from the National Commission on Muslim Filipinos were ordered charged by the Ombudsman over the reported misuse of P3.8 million from his pork barrel funds in 2012, Datumanong said he could not recall entering into a deal with Maharlika Lipi Foundation Inc. (MLFI).

The Ombudsman said Datumanong had requested that the fund be coursed through MLFI as the partner nongovernment organization for livelihood projects in the municipalities of Mamasapano, Ampatuan and Datu Abdullah Sangki in Maguindanao province.

Lawyer Kenny Tantuico, a former senior member of Datumanong’s legislative staff, said the former congressman’s signature had apparently been forged and that the letter request used as evidence in the complaint did not even come from Datumanong’s office.

Datumanong himself said he did not normally give notes to anyone or to any office for favorable treatment, especially contractors.

“I have not done that (giving note to a contractor) in all my 50 years in  government service, and the Ombudsman can check on facts in my records. Because if I’m used to giving notes, then I would have been indicted for  bigger amounts then as secretary of the Department of Public Works and Highways, and the Department of Justice,” said Datumanong, who headed both agencies under the Arroyo administration.