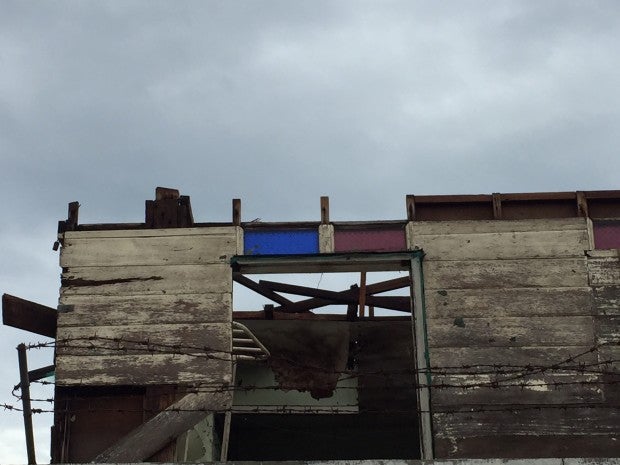 A house in Calapan City, Mindoro after typhoon Nina wreaked havoc in the province. INQUIRER PHOTO

The Oriental Mindoro disaster risk reduction and management council said on Tuesday the partial damage report placed losses in agriculture at P56 million so far, while 811 families were reported to have been displaced by the typhoon.

The Oriental Mindoro provincial council earlier declared a state of calamity in the City of Calapan and four municipalities after convening Tuesday morning in the wake of typhoon “Nina” (international name: Nock-ten).

Aside from Calapan, the declaration covers the towns of Baco, SanTeodoro, Puerto Galera, Naujan and five coastal barangays in Pola.

Meanwhile, Iraya Soledad Likdawan, a Mangyan woman and a resident of Sitio Sipit Siburan in Barangay (village) Villaflor in Puerto Galera town was found dead by her tribesmen under the bark of a lanzones tree swept away by floods Tuesday afternoon in Sitio Ibuyi in Barangay Calsapa, San Teodoro, MDRRM officer Opher Atienza said.