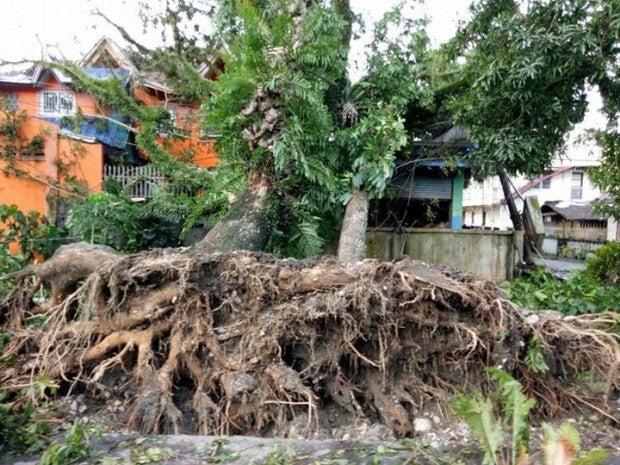 Soledad Lakdawan died in San Teodoro town after she was swept away by a flash flood, Vinscent Gahol, head of the Provincial Disaster Risk Reduction and Management Office, told INQUIRER.net.

Two other tribal people remained missing in the aftermath of the powerful typhoon  that spawned floods and toppled trees and electric posts in the northern towns of the province a day after Christmas Day.

As of Tuesday morning, Calapan City and the towns of Victoria, Naujan, Baco, San Teodoro and Puerto Galera were without power.

READ: Calapan under state of calamity in wake of Typhoon Nina

A total of 2,146 travelers, 113 cargo trucks and 27 passenger buses from the Visayas taking the nautical route were stranded in Calapan since sea vessels had been barred from leaving ports Sunday evening.

Calapan City and the town of Naujan were placed under a state of calamity. IDL/rga