He is the first in SEA to win L. Hubbard’s Illustrator of the Future Contest
By: Irma Faith Pal - @inquirerdotnet
Philippine Daily Inquirer / 09:10 PM December 24, 2016 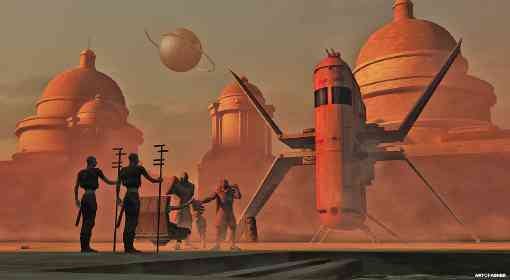 One of the artist’s captivating digital artwork entries.

DUMAGUETE CITY—A self-taught digital artist and illustrator from the mountain town of Mabinay in Negros Oriental province is preparing to make it big on the world stage.

Asher Ben Alpay, 27, is the first in Southeast Asia to win the L. Ron Hubbard’s Illustrators of the Future Contest, one of the most prestigious world competitions judged by some of the premier names in speculative fiction.

His winning illustrations have earned him a cash prize, a trip to Hollywood in March 2017 for a weeklong intensive workshop, and a space for his artworks in the annual bestseller publication, L. Ron Hubbard Presents Writers of Future Vol. 33.

The Illustrators of the Future Contest, a quarterly competition now on its 28th year, followed the huge success of L. Ron Hubbard’s Writers of the Future writing contest in 1983, which was meant to provide a venue for aspiring writers of speculative fiction to get that much-needed break.

In California, Alpay will attend a gala awards ceremony to be joined in by over a thousand art enthusiasts. He will also get a shot at winning the Golden Brush Award with a $5,000 cash prize. 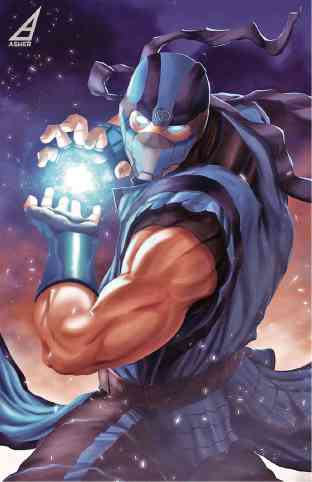 Coming up with the concept for the artwork does not come easy for Alpay. “I had to read the story 10 times before I began to sketch,” he narrated of his preparation for his original artwork in a 25-page story.

He grew up watching his father Jesse sketch portraits of the Beatles in ink or charcoal and do other acrylic paintings. In no time, he found himself taking his Mongol pencil and crayons, and try his hand at rendering trucks and big bikes.

He made a name for himself as an artist at Mabinay Central School. His talent led him to winning the editorial cartoon category in the Schools Press Conferences in the provincial and regional levels. At 9, he represented Central Visayas in the national level of the Department of Education contest.

In college, Alpay just lost steam with art, and went on to take up a course different from his passion.

“That time, I wasn’t even aware about Fine Arts being offered in college,” he recalled, “And that it could be a career.”

He was also under the impression that when one was “just an artist,” there are no opportunities for sustainable income. 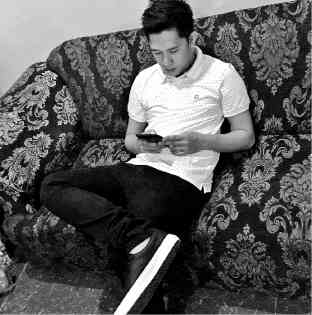 Alpay grew up watching his father work on his sketches, only as a hobby, in his spare time. So for the next six years, sketching and producing artworks took a back seat.

One day, he was helping his girlfriend crop her photo on Photoshop. “I did it well, and it made me realize what else I could do on computers,” he recalled.

So he taught himself how to draw directly on the computer with a stylus. He became unstoppable, and he went active on social media, read art blogs and websites like DeviantArt and ArtStation to look at artists’ profiles and portfolios.

He turned to chat forums for tips and advice, followed YouTube tutorials, enrolled in online how-to courses, and subscribed to online digital art magazines, pushing his craft and imagination a step further and more creative each time.

Reading the voluminous materials on digital art online was not at all challenging since Alpay loved to read all the Grolier encyclopedias he could get his hands on as a kid.

“I get inspired with ideas from anything, from nature, even from objects like a stapler,” he said. “I can vision a mere stapler to be some kind of a spaceship. Everything can be a source of inspiration.”

Of course, he also always considers the theme of the project, the brief from the client, and begins from there.

With 25 other homegrown artists, Alpay joined the Dagit Arts Fest, a contemporary cultural creativity exhibit initiated by the Department of Trade and Industry, in celebration of the National Arts Month in February.

It was his first public exhibit, featuring more than 20 pop culture paintings. He sold more than 100 original comic prints and movie-inspired artworks.

A number of the comic prints were commissioned works by Pross Comics in the United States.

“I guess a lot of people, regardless of age, were able to relate to pop culture drawings,” he noted.

Now that he’s gone this far, Alpay thinks about all the good times. He remembers his father and his father’s works, some of which are in a museum in Escalante City in Negros Occidental province.

He also recalls the growing pains that continue to haunt him when some people belittled his artistic efforts in the past.

Alpay said he would be happy if he could conceptualize and develop improved digital art for online games or films.

He hopes to help revitalize the small Dumaguete Digital Arts Community, set up by ICT Dumaguete two years ago, and get people interested in what they could produce.

While his artworks roam the world, Alpay wants to encourage kids to learn computer graphics. “We’re a very small group,” he said, “There are only 10 of us now in Dumaguete.”

He is now a full-time remote digital artist for a United Kingdom-based design and production company, branding and marketing designs for popular companies like Swarovski and Amazon.com.

On weekends, he works on his personal intellectual property, and illustrations for mobile and games for PC.

“I sometimes get to sign my name Art of Asher in my artworks, but for many other things that I make, I don’t ‘exist,’” Alpay said.

But this is something he doesn’t mind.