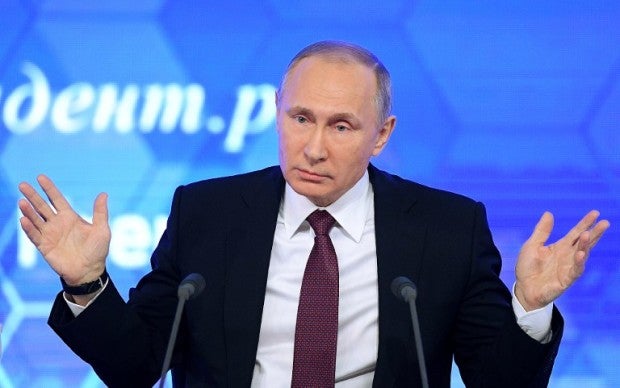 President Vladimir Putin said Friday the recapture of the devastated city of Aleppo by Syrian regime forces was a “very important” step towards stabilizing the war-torn country.

“The liberation of Aleppo from radical elements is a very important part of the normalization in Syria, and I hope, for the region overall,” Putin told defense minister Sergei Shoigu in a meeting, Russian news agencies reported.

The Syrian army said late Thursday that it had retaken full control of Aleppo, scoring its biggest victory against opposition forces since the civil war erupted in 2011.

The Kremlin strongman said that after the ouster of rebels from Aleppo, Moscow will now look to end fighting across the country.

“Everything needs to be done for fighting to stop on all Syrian territory,” Putin was quoted as saying.

“In any case, we will strive toward this.”

Moscow has been conducting a bombing campaign in Syria in support of long-time ally President Bashar al-Assad since September 2015.

Shoigu said Friday that some 34,000 people had been evacuated from rebel-held eastern Aleppo since December 15.

Russia’s bombardment of Aleppo saw the West leveling accusations of war crimes that stung the Kremlin and further strained its fragile ties with the West.