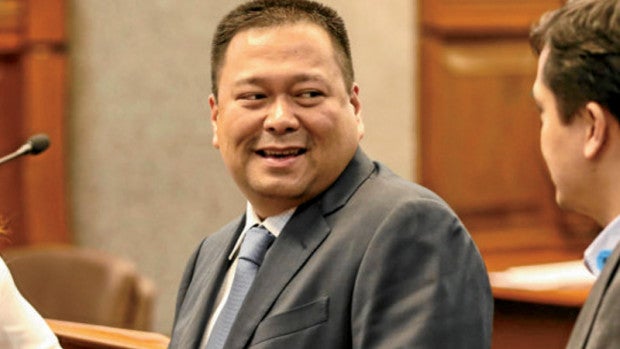 The Sandiganbayan has acquitted Sen. JV Ejercito of charges of graft in connection to the purchase of high-powered firearms by San Juan City when he was mayor in 2008, leading to the lifting of his 90-day suspension from the Senate.

The senator had only begun serving his suspension on Nov. 8, after losing an appeal before the Supreme Court. In a 45-page resolution, the antigraft court’s Fifth Division granted the demurrer filed by Ejercito and five other city officials, effectively dismissing the graft case for lack of evidence.

The payment allegedly came from the city’s calamity funds. State prosecutors also said that city officials hastily conducted the procurement process without competitive bidding and questioned why specific brands of firearms were requested.

The Fifth Division, however, said the specification of the brand and name of firearms “never came from accused Ejercito or his coaccused,” as these were not contained in his request letter. These brands were mentioned in the city ordinances passed by the Sangguniang Panlalawigan instead.

“In this respect, it may be correctly argued that it should be the members of the Sangguniang Panlungsod who should be held responsible for such inclusion or specification,” the resolution stated.

Ejercito on Thursday welcomed the decision of the Sandiganbayan clearing him of the graft charge.  —WITH A REPORT FROM CHRISTINE O. AVENDAÑO