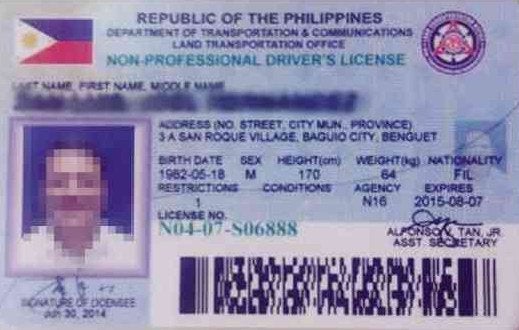 MANILA — Over 1.2 million drivers across four regions in the country can now get hold of their license cards as the Land Transportation Office (LTO) began on Thursday (Dec. 22) its long-delayed distribution of the cards in the provinces.

LTO chief Edgar Galvante said that their agency began on Thursday the release of the license cards in Central Luzon, Calabarzon (Cavite, Laguna, Batangas, Rizal and Quezon), Central Visayas and Davao region.  These areas account for more than a third of the LTO’s backlog of three million cards nationwide, according to

On Monday, the LTO began its distribution of the 700,000 license cards in Metro Manila. Over the last two days, more than 25,000 drivers have claimed their cards at the agency’s 36 licensing offices.

To reduce waiting time and ensure that claimants in the metro would not be further inconvenienced, Galvante said that the public could leave in the respective LTO offices the copies of their official receipts and their contact numbers. Drivers can then claim their cards the following day.

He reiterated that the claimants, who have pending applications from Jan. 1 to Oct. 16, need not pay anything to the agency to get their license cards as they have already paid for them.

According to Galvez, the new cards are different from the current ones, as they bear “added security features” making it hard for fraudsters to copy. He added that the new cards, made of polycarbonate rather than of PVC (polyvinyl chloride), would be more durable.  SFM