Duterte admits Ramon Ang was one of his campaign financiers 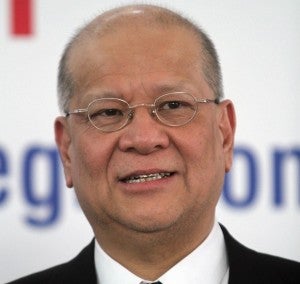 President Rodrigo Duterte has admitted that businessman Ramon Ang had given him money to finance his campaign during the May elections.

“You know very well that nobody really campaigned for me, or at least some… And a few people who believed in me. Si Ramon Ang gave me some money. Hindi malaki, hindi rin maliit (Not big, not small). But enough to finance one trip here, one trip there,” Duterte said during the Chrismas Party of the Office of the President on Tuesday.

The President said Ang, President of San Miguel Corporation, has a “disarming attitude of humility.” During the campaign period, Ang has publicly expressed his support for Duterte.

In Duterte’s Statement of Contributions and Expenditures (Soce), Ramon Ang, however, was not listed as among the top donors.

INQUIRER.net has tried to contact Ang for his reaction but has not responded as of posting time.