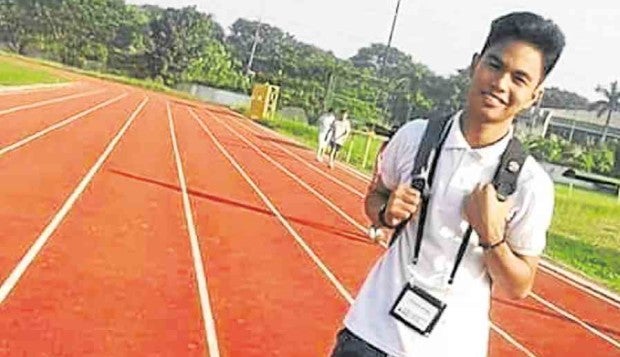 The teachers, classmates and neighbors of Emmanuel Lorica cry for justice as they dispute what the police have said about the 17-year-old student who was shot dead by unidentified gunmen at an evacuation center in Pasig City earlier this month.

They have offered prayers for the young man, who witnesses to the attack said was a victim of mistaken identity because his shooter was heard saying “Hindi ito (It’s not him),” right after putting a bullet in his head.

The 10th grader, a city government scholar who belonged to a star section at Eusebio High School (EHS), was killed while asleep next to his girlfriend on Dec. 6 inside one of the tents sheltering 15 families displaced by a fire in Barangay Rosario’s Tramo area.

In an interview with Inquirer on Monday, Lorica’s guidance teacher Mildred Manubag said the school community remains in mourning as students talk about the incident on social media particularly to belie the victim’s alleged links to the drug trade.

A report by the Pasig police said Lorica was included in the barangay watch list as user/pusher. Barangay Rosario chair Aquilino dela Cruz said the slain student was not on the local drug watch list, but a separate investigation he conducted had the same findings about Lorica being a “runner” for a drug dealer.

But Manubag maintained: “He was a very bright and sweet child. He was even part of the city scholarship program. He was clean. He was not involved in any trouble since he started studying here. He did not look like an addict and he was not a courier in school.”

Lorica was one of the recipients of the Bobby C. Eusebio (BCA) scholarship, a program named after the incumbent Pasig mayor.

On Dec. 12, his schoolmates and teachers offered prayers for Lorica, whose remains were brought to his hometown in the Bicol region. Lorica’s mother was in Dubai and his auntie served as his guardian, Manubag added.

His girlfriend, a fellow EHS student, remained inconsolable and had missed class for days.

“Isn’t it enough that we lost our homes to the fire? Why (Lorica)? We were not doing anything wrong. You were a good man; you didn’t have enemies. Why would people kill someone so defenseless? He was just sleeping!” the girl said in a Facebook post.

“You could have just kicked him to wake him up and asked him questions,” she said, in a message addressed to the killer. “What did you do to him? You don’t know him. Just because your asset told you he was the target, you kill him just like that? He had dreams.”

According to witnesses, about eight unfamiliar men arrived at the evacuation site, appearing to be searching for someone. One of them, who would turn out to be the gunman, peered into some tents before finding the one occupied by Loric

The teenager was lying on his back, with a towel covering his face, when he was shot in the head, one witness told the Inquirer.

When the shooter removed the towel, he was heard saying: “Hindi ito.”

The gunman and his seven lookouts then pulled out of the area, fleeing on motorbikes.