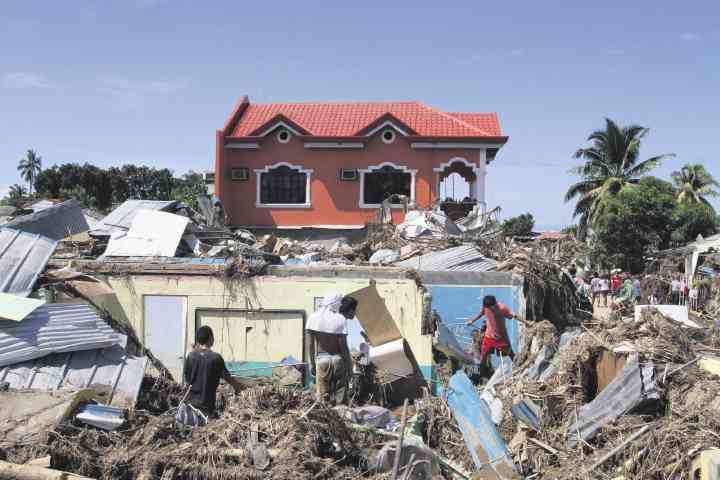 CAGAYAN DE ORO CITY— Five years after Tropical Storm “Sendong” (international name: Washi) devastated this city, about 4,000 families who survived its killer floods have yet to get their own houses and completely rebuild their lives.

Ermin Stan Pimentel, the city government’s consultant on housing, said survivors, whose houses were destroyed in the flash flood that swept the city at the height of the tropical storm in December 2011, are either renting rooms or houses, or living with relatives here and in other provinces in Northern Mindanao region.

Pimentel said records from the city government showed only 6,551 families had been provided with shelters in 23 relocation sites. These settlements are spread out in six villages here and in Opol town in Misamis Oriental province.

But even those who received houses in relocation sites have been complaining that their lives are getting worse, according to the group, Survivors of Sendong (SoS).

“Many of the relocated [families] are still finding it hard to cope with their new life as they do not have easy access to water, electricity, schools, and health centers,” said Valdez Ugsalan, SoS spokesperson. “They feel their lives are [turning for the] worse.”

He said some homeowners also complained they were not allowed to renovate their houses, even if these badly needed improvements.

The urban poor group Kadamay in Northern Mindanao said Sendong victims, during a recent consultation, had complained about the hazards in relocation sites, which were built in landslide-prone areas.

“Instead of being taken to a safer place away from danger zones, they are now living in death zones,” Ugsalan said.

He said the Kadamay inspection team also found the houses in relocation areas to be built of substandard materials, posing danger to survivors.

“Cracks on the walls of houses are already evident … This [condition] puts people in danger,” he said.

Survivors living in the relocation site in Barangay Pagatpat also complained of lack of livelihood opportunities and public transport.

“For five years, the government has not made the lives of Sendong survivors any better,” Ugsalan said. “The free housing given them has become so commercialized; only home developers profited from the amortization or [through] their pay-to-own scheme.”

Ugsalan’s group has urged the local government, the Estate Management Division of the National Housing Authority, the Presidential Commission on Urban Poor and other government agencies to address the survivors’ problems.