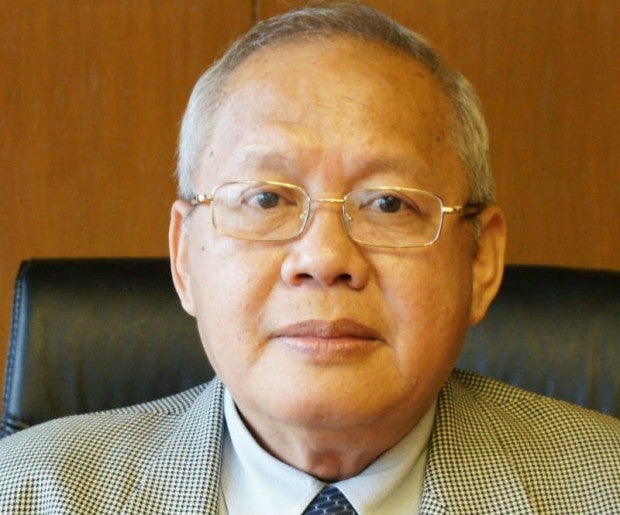 The president of the country’s last homegrown steel mill has sued former Insurance Commissioner Emmanuel Dooc for failing to act right away on his administrative complaints against nine insurers.

Steel Corp. of the Philippines (SCP) president Abeto Uy, joined by the Volunteers Against Crime and Corruption (VACC), asked the Office of the Ombudsman to impose administrative sanctions against Dooc.

Even as SCP wrote a letter to President Rodrigo Duterte complaining about Dooc, he recently appointed his fellow San Beda College alumnus as president and chief executive officer of the Social Security System (SSS).

In a 16-page complaint on Monday, Uy accused Dooc of violating Section 3(e) of the Anti-Graft and Corrupt Practices Act for causing undue injury to SCP through manifest partiality, bad faith, or gross inexcusable negligence.

“As far as the complaints of SCP were concerned, he did not act on them, hence, he did not perform his duty of monitoring the activities of the insurers and obliging them to comply with what the law requires them to do,” the complaint read.

“With the above actuations of Respondent Dooc, it is now doubtful if the Commission indeed is there to protect the insuring public, or in actuality protects the interest of the insurance companies,” it added.

The IC would only submit the case for resolution on July 13, 2015, six years after the complaint was filed. But, after a year passed without the IC issuing its ruling, Uy petitioned the Court of Appeals on July 28, 2016 to force the regulator to act on its complaint.

Only after the CA petition was filed did the IC finally issue its Aug. 19 decision dismissing the case in favor of the insurers, according to the complaint.

Uy said the period for the IC to resolve the case had long lapsed by that time, because Rule VI of the IC Rules of Procedure required that “all contested cases or incidents shall be decided within thirty (30) days from the date of submission for resolution.”

SCP sought the IC’s assistance in compelling all nine companies to identify their “reinsurers,” which are supposed to support the insurers as a way of managing huge risks.

But, Dooc only issued two orders on Aug. 31 and Sept. 5 requiring the second and first groups of insurers to comment on the request. For Uy, this was a “clear and manifest evasion” of the IC’s regulatory function.

The complaint noted that IC Circular Letters 2014-42 and 2014-07 required insurance companies to submit the particulars of their reinsurance treaties to the IC Reinsurance Division.

“Apparently, this is an ample proof that there is connivance and/or tolerance by the respondent [Dooc] of the failures of the insurance companies to comply with its circulars and/or the Insurance Code,” the complaint stated.

On Nov. 2, the Inquirer published Uy’s open letter to Duterte detailing his allegations against Dooc. The Inquirer also published Dooc’s reply on Nov. 8, which did not delve into the details of the complaints to avoid prejudging the pending CA case.

Uy told the Ombudsman that Dooc’s reply as published by the Inquirer “merely made clear that indeed he committed all the administrative errors complained about.”

Finance Secretary Carlos Dominguez III on Nov. 2 ordered an investigation into Uy’s allegations as contained in his open letter, but the results of the probe have yet to be made public. Executive Secretary Salvador Medialdea would later announce in a Nov. 15 letter Duterte approved Dooc to the SSS.

In an interview with reporters at the Office of the Ombudsman, VACC legal counsel Ferdinand Topacio urged Duterte to “take a second look and reexamine his appointment of Commissioner Dooc.”

“He could do more harm at SSS now he is the president, especially if this is his attitude towards public service,” Topacio said. JE/rga