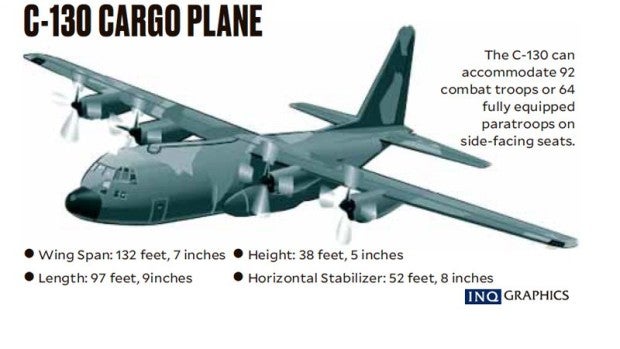 JAKARTA, Indonesia — An Indonesian military Hercules C-130 transport plane has crashed in the easternmost province of Papua, killing all 13 people on board.

Air force chief of staff Agus Supriatna told MetroTV the plane was carrying food supplies from Timika to Wamena when it crashed Sunday.

He says bad weather was suspected to be the cause of the crash. The plane was carrying three pilots and 10 other personnel.

TV footage showed rescuers had reached the wreckage of the plane.

Indonesia, the world’s largest archipelago nation, has been plagued by transportation accidents in recent years. The military, which suffers from low funding, has also regularly suffered airplane and helicopter crashes. CBB/rga