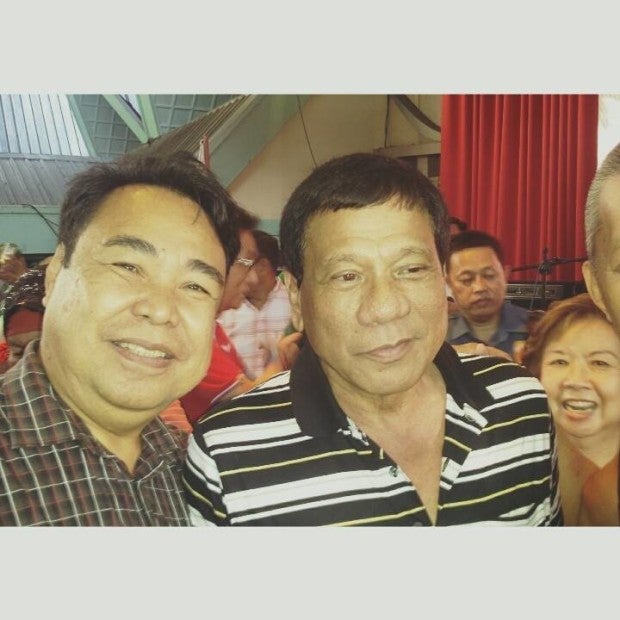 President Rodrigo Duterte has appointed a former lawmaker as the newest commissioner of the Commission on Higher Education (Ched).

Adamat served as a Sectoral Representative for Cultural Communities during the 10th Congress and a commissioner of the National Commission on Indigenous Peoples (NCIP) from 2010 to 2011.

He is currently a lecturer at the Polytechnic University of the Philippines (PUP) in Manila.

“We welcome Commissioner Adamat to the Ched family, and we look forward to working with him closely in advancing our efforts to expand access to quality higher education,” Ched Chairperson Patricia said of Licuanan in a statement.

“Coming from Maguindanao, and with his strong ties with the IP sector, we very much look forward to his contributions towards helping us ensure that higher education is inclusive for all Filipino learners,” Licuanan said.

Licuanan said Adamat assured her that “he is a team player, which is very much in line with how we do things collegially in our Commission En Banc (CEB).”

Adamat is the second appointee of Duterte to the Commission amid calls for Licuanan to tender a courtesy resignation.

Licuanan was an appointee of former President Benigno Aquino III and was reappointed in 2014. Her term expires in 2018.

Licuanan refused to tender a courtesy resignation despite a memorandum circular issued last August ordering all presidential appointees of Aquino to resign.

Licuanan is no longer attending Cabinet meetings after she was issued a “desist order” by Duterte due to their “irreconcilable differences.” IDL/rga

Read Next
P400K worth of counterfeit goods seized in Bacolod
EDITORS' PICK
Huawei’s relentless mission to bring ultimate health and wellness tracking for your fitness goals
Pharmally scandal: Due diligence failure overshadows debate on law
Smart reaffirms 5G leadership as PH’s most reliable 5G mobile operator
Smart powers Liga Adarna Season 4: Race to the Top
Joshua Pacio pummels Saruta to retain ONE strawweight title
Duterte threatens use of military force to ensure peaceful 2022 election
MOST READ
Robredo ready for backlash if she drops out of presidential race
Carpio sees Sara Duterte-Bongbong Marcos tandem ‘in the end’
Bongbong parrots Duterte on West PH Sea: We don’t stand a chance vs China
Heartbroken but not giving up: Robredo still pushing for united opposition for 2022 polls
Don't miss out on the latest news and information.