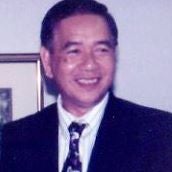 Quimpo, also president of the Northwestern Visayan College, served as mayor of the capital town of Kalibo from 1989 to 1992. He also served as representative of the lone district of Aklan for three terms from 1992 to 2001.

He was the acknowledged leader of the Tibyog Akean, the provincial political party that has long dominated politics in the province.

Quimpo was also known as an environmentalist who advocated the conservation and planting of mangroves.

As head of the Kalibo Save The Mangroves Association, Quimpo helped transform a muddy and barren area in Barangay Buswang in Kalibo into a mangrove forested area.

His wake will be at 3 p.m. on December 15 until 16 at the Christ the King Parish, Greenmeadows Avenue in Quezon City. His remains will be brought to Kalibo on Dec. 17, according to a family announcement.  SFM